People of the Promised Land: David

We all love David. Strong, courageous, and reportedly attractive, David was everything one wanted in a son. Much of the Psalms is David’s love song to God.

Perhaps the most well-known person in the Bible outside of God, Jesus, Adam, and Eve, David evokes smiles and good times. Defeating Goliath as a boy was only the beginning. He lived a life most of us can only dream about:  playing the harp, writing poems, fighting battles, faking insanity, and dancing jubilantly in praise of God. We see him crying at his best friend’s death, lusting after a woman, and crying out to God to forgive him and spare the life of his infant son.

Throughout it all (his triumphs and his failures), David trusted God. He lived life how we all want to live life: completely and passionately alive. He did everything with his whole heart–including love God.

Who was David in the Bible? 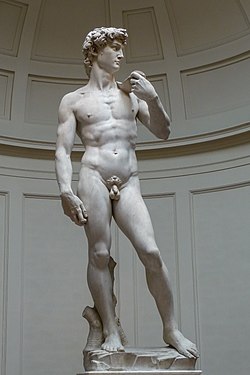 David was a military genius.

David began preparations for the temple, which he charged Solomon with finishing.

Why was David Important?

David was the ancient times’s equivalent of Abraham Lincoln. After his exile in the desert, David emerged the leader of a country in tatters. A long civil war between the northern and southern kingdoms left an uneasy peace. By taking decisive action, David won over the hearts of the northerners, uniting Israel for the first time. As a result of David’s leadership, the Philistines were defeated, Israel’s borders were secure, and the economy boomed. For the first time, this tiny tribe became a big nation.

Yet, David was not perfect. His son rebelled. He murdered. He cheated. He was cruel. Yet he was Israel’s greatest king. He took full responsibility for his mistakes. He was never vengeful with his enemies. He showed compassion. He was humble. He knew he ruled only by God’s grace.

Israel thrived because of who David was–a man after God’s own heart.

2 Samuel picks up right where 1 Samuel leaves off (they were originally one book). Much of 2 Samuel is told almost verbatim in 2 Chronicles 11-21.

What is the Davidic Covenant?

David died in approximately 970 BC. His last words were a prophecy of the future Davidic Messiah and his own salvation from the covenant (2 Samuel 23:5).