Upon hearing of God’s bringing of His people across the Jordan River by stopping its flow, all the Amorite king and Canaanite kings lost courage to face the Israelites. God ordered the circumcision of His people at Gibeath Haaraloth. These were the sons of the the wandering Israelites who had not been circumcised on the journey. They remained in camp until they were healed.

The Israelites celebrated the Passover, eating the produce of the land (unleavened bread and roasted grain). The manna stopped after this since the Israelites were now able to produce their own food.

11) To circumcise all the Israelites who had not been circumcised previously. God had commanded Abraham that all Israeli males be circumcised as a sign of the covenant made between Abraham and God, which was God’s promise to Abraham to make him into a great nation and receive the gift of the Promised Land. It was also a requirement to be circumcised to take part in the Passover, which is a celebration in remembrance of God sparing the Israelites in his judgment of Egypt, passing over the houses of the children of Israel when He killed the firstborn of man and beast in Egypt.

Deuteronomy tells us also that “God will circumcise your hearts and the hearts of your descendants, so that you may love him with all your heart and with all your soul, and live.”

12a) Passover. The passover signifies the fulfillment of God’s promises to His people.

b) God stopped giving manna. This signified to the Israelis that they now would be able to provide for themselves–something all of us wants.

13) Personal Question. My answer:  God has given me a new job, so my husband and I can start getting out of debt and getting on the right path for our lives. It’s a job that grows me and will serve me (and Him) forever in the future. I will thank Him by following Him, giving Him the credit, and loving Him.

It’s important to remember our blessings each and every day, which can easily get distracted with our daily struggles and problems. God chose circumcision and Passover for His people. Now, you can choose whatever you wish as a remembrance: just make it something concrete, visible, and meaningful to you.

Watch VIDEO of book of Joshua if you haven’t had a chance yet. 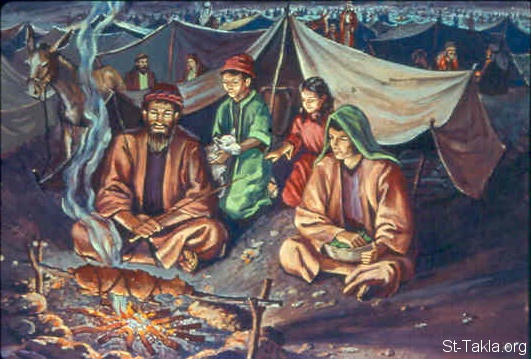 Seeing the miracle of the Jordan River parted is only part of the reason the kings cower before the Israelites. The other reason: the Israelites trust in God. Trust is powerful. Think of all the people you trust enough to cross a parted river. Maybe a handful?

Apparently, no one was circumcised in the 40 years of wanderings. It was time to show your outward obedience to God’s commands and get circumcised. Circumcision is a consecration of yourself to God. It’s renouncing yourself and living for God. This had to be done before the conquering began.

Obviously, this was suicidal from a military standpoint.  All the men of fighting age were made completely vulnerable and unable to fight for a period of several days.

If you remember back in Genesis 34:24-25, Simeon and Levi killed all the men in a city after tricking them into having them all circumcised. While the men were unable to fight, they were slaughtered in retaliation, because the prince of that city had raped Dinah, the sister of Simeon and Levi. This could have been the fate of Israel here in Joshua 5.

The Israelites were circumcised because they trusted God.

God, in His infinite compassion, only asked the Israelites to do this AFTER the miracle of the parting of the Jordan River. God gives us strength and courage before he pushes us again. Radical things happen when we trust wholeheartedly in God.

“Rolling away the reproach of Egypt” means the shame of being slaves in Egypt and the underlying sin and rebellion that had caused that punishment. The Israelites needed to stop seeing themselves as helpless slaves and sinners but as conquering warriors of God who were forgiven.

God didn’t want the Israelites to get lazy; they could provide for themselves. Again, they needed to trust in God’s provision–not in how it was provided.

Gilgal will become a base camp for the Israelites. After battles they will return here. They will remember God’s greatness with the stones and be strengthened and renewed.

Theme of Joshua 5: Trust in God.

Fun Biblical Fact: This is the only time Gibeath Haaraloth is mentioned in the Bible.