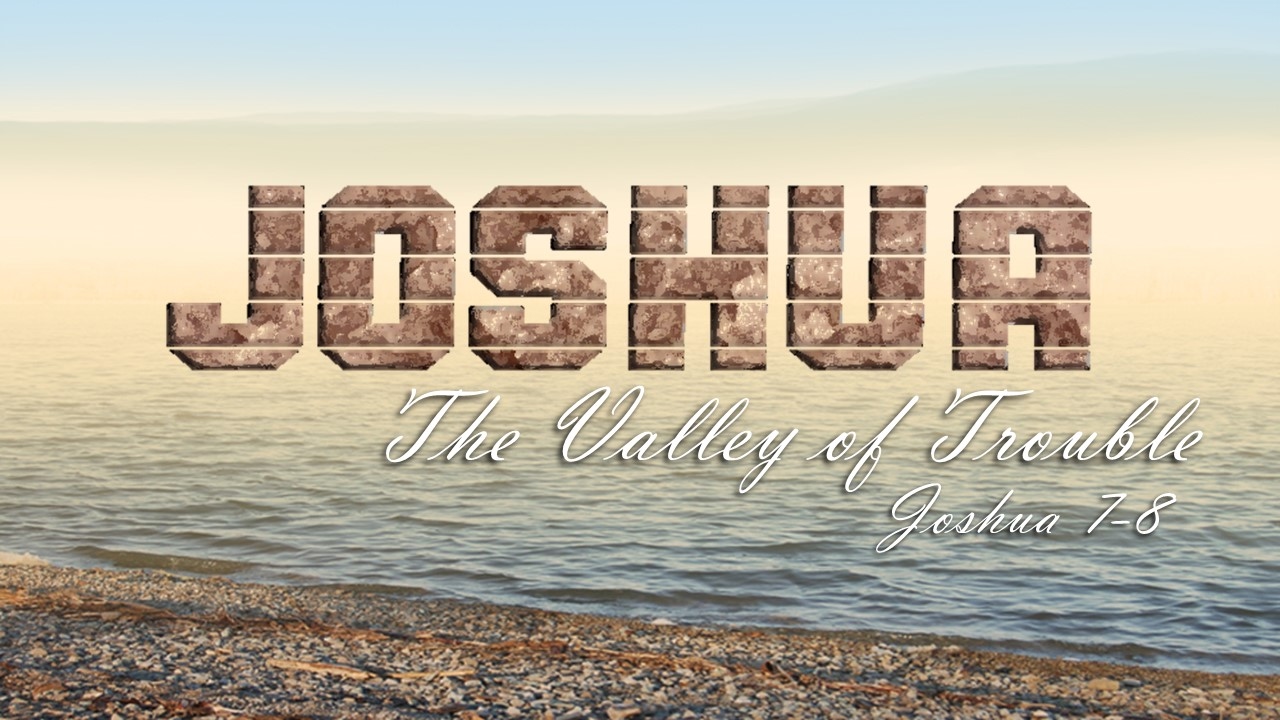 The Lord tells Joshua how to conquer Ai. Joshua is to take the whole army (30,000 men) and do the same to Ai as to Jericho–kill all the people. Set an ambush behind the city. This time the Lord granted the Israelites permission to carry off the plunder and livestock for themselves.

The Israelites then turned on the army of Ai and the army of the ambush came out as well and surrounded the army of Ai. None of them had a chance, and all were slaughtered except the king of Ai. Then all the citizens in the city of Ai were put to death as well. The city was plundered, the king of Ai hung, and the body was thrown at the entrance to the city as a warning to the other Canaanite tribes.

After the battle, Joshua built an altar to the Lord at Mount Ebal, according to the Book of the Law of Moses. Joshua offered up burnt offerings, fellowship offerings, and wrote out the law of Moses on stones. All of Israel was present. Joshua read out the Law to all the people.

b) God involves all of the people (fighting men) and tells the Israelites exactly how to take the city.

10) God through Moses had commanded the Israelites to read the blessings and the curses to the people, so that all would know what would happen if they obeyed God or disobeyed God.

11) Personal Question. My answer: Be held accountable for your words and actions. Study the Bible. Read the Bible. Obey the Bible. Pray for guidance from God. Do His will in your life and not your own.

Just a difference God’s blessing makes! Joshua 7 was full of misery and anger and vengeance and defeat. Joshua 8 is full of victory and obedience and gratitude and joy as God leads the Israelites. Love this example of what happens when God is with us and what happens when He turns His back on us.

Joshua was a military expert. He had gained valuable knowledge of the land as a spy for Moses. Israel effectively cut Canaan into two and cut off strategic trade routes. He used “flying column” formations, night marches, ambush tactics (as in here) rather than long sieges, and destroyed key cities.

The renewing of the covenant was Moses’ final instructions to the Israelites before he died (Deuteronomy 27-28). The two mountains, Mount Ebal and Mount Gerizim, formed a natural amphitheatre for the ceremony. At their peaks, much of the Promised Land could be seen. Mount Gerizim would become the seat of worship for the Samaritans (John 4).

It was time for the people to move on after having dealt with Achan in Joshua 7. God encourages the Israelites and gives them a plan to follow to conquer the city–His plan. And God gives them the spoil as well. Too bad Achan couldn’t have waited.

Joshua used the entire army this time to ensure victory. He didn’t want to leave anything to chance. Joshua followed God’s general plan. He also stayed close to the people to encourage them, so they wouldn’t be afraid. Jesus stays close to us as well when we go into battle.

Note the Israelites took the offensive, something we have to do with the devil. We can’t wait to be attacked. We must actively ward against evil.

Ai didn’t change their battle plan; this is Satan. He doesn’t change what works against us. And this time, the Israelites victory is complete.

What are the Israelites Keys to Victory in Joshua 8?

The Israelites give God the victory. 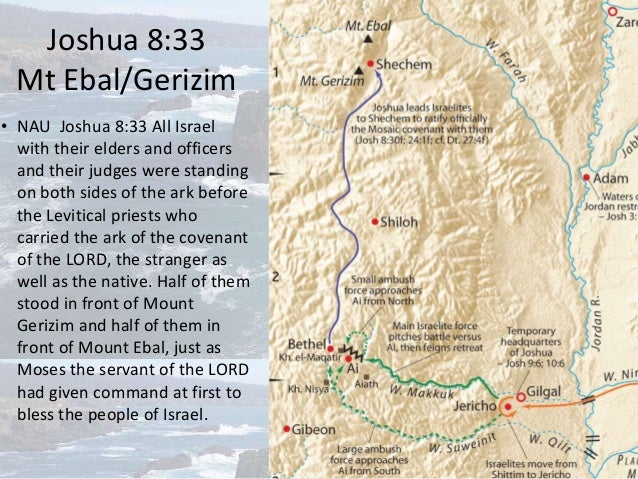 Joshua is a man of the Book, obeying the command of Joshua 1:8. Israel is a people of the Book.

The distance from Ai to Ebal and Gerizim was a long way to move all the tribes of Israel, from 20 to 25 miles. Now, however, Israel is in the middle of Canaan, strategically placed for further victories.