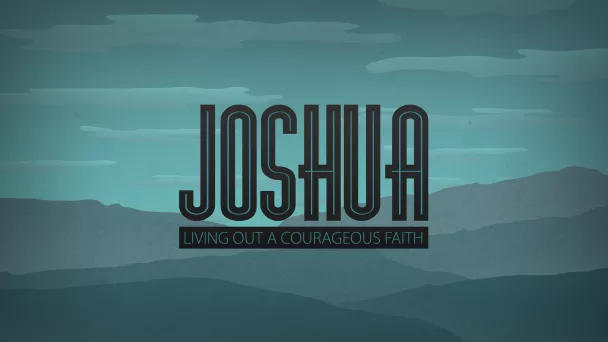 Joshua assembled all the people at Shechem and reminded them of all God has done for them since calling Abraham to the Promised Land. This includes their time in Egypt, the parting of the Red Sea, the wandering, the fight for the land east of the Jordan River, and the fight against Jericho and all the Western Kings. God did it all. God gave it all. God provides all.

10) Personal Question. My answer: God had it all planned out. God did it all, and the Israelites did nothing. I love seeing God’s hand and knowing He has it all and I don’t have to worry. It’s a great comfort in times of trial. God has a plan. Give it over to Him.

11) God has history all planned out in His own time. God does it all. He loves us enough to plan for eternity. Who else in this world does?

12) Part personal Question. God is great, and we don’t remember that enough. It’s easy to push God aside in our busy lives and not think about Him. We have to remember Him and what he’s done for us continually. And the details and little things matter like food and shelter—all the things we take for granted every day.  My answer: we need to remember all God has done for us for 2 main reasons: 1) we have hope in the bad times 2) in the good times we don’t become prideful and think it’s us doing it all. God does is all. We’re merely His players.

It’s important to be a good witness, to tell of times in our past when God has been faithful. It encourages and strengthens other Christians and it may influence others to become Christ-followers. Re-living those moments strengthens your faith as well. We can’t let activities in our lives push God out. He is central, and we must keep Him there.

It’s important to keep history alive or we are doomed to relive it. Most of the Israelites weren’t alive to experience a lot of what Joshua spoke about. Our past gives us courage to face our future. Courage and hope–two things we all need more of in this world.

This was a dramatic last gathering of Israel before the passing of Joshua. It may or may not be part of the same farewell described in Joshua 23. No specific place of gathering is mentioned in Joshua 23, so it could have been part of this same meeting at Shechem.

Shechem is modern day Tel Balata. This ancient city was situated on the floor of a valley with Mount Gerazim and Mount Ebal forming the respective walls. The contour of the land resulted in a natural amphitheater, the acoustics of which were so good that the human voice carried to exceptional distances.

Important Events that Happened at Shechem:

We saw this same occurrence of the people presenting themselves to God in Exodus 19:17.

Joshua’s speech has many similarities to the much longer speeches given by Moses in Deuteronomy. Both speakers pattern their speeches after a treaty between a ruler and his people.

Here we see Joshua as a prophet, speaking God’s words. Prophecy is not necessarily a prediction of the future. It can simply be a uniquely direct and spontaneous word from God. The Lord reminded Israel that their forefathers came from the other side of the Euphrates River and worshipped pagan gods there.

At every point, Joshua emphasizes that God is the sole source of their success. Joshua reminds the people of all that God has done and of their obligation under the covenant with God.

What do We Learn from Joshua’s Farewell Speech?