Saul tells David he’s only a boy; he can’t go and fight Goliath. David says he has killed bears and lions in defense of his sheep, and God will deliver him from this Philistine like he delivered him before. Saul dressed David in his armor, but David took off the armor because he wasn’t used to them. All he took was a staff and 5 smooth stones.

Goliath approached David with his shield bearer in front of him. Seeing he was only a boy, he taunted him. David responded by saying he comes against him in the name of the Lord Almighty and he will defeat him in God’s name, showing all gathered that the battle is the Lord’s. They approached each other, and David struck with a stone and hit Goliath between the eyes, felling him.

13) God protected David as he fought off lions or bear who were coming after his sheep. God also has anointed David and brought him to help Saul with his music. God has been faithful throughout David’s life, so why wouldn’t God be faithful now? David knows he will win cause God will win. It’s encouraging because God always wins and uses people and situations for your good.

14) David knew the Lord would deliver him, so he said so. By not taking any weapons of steel into the battle, David shows his utter reliance on God to use the stones to overcome. David gives God all the credit and knows it is God fighting the battle — he is only the instrument.

15) Personal Question. My answer: Same thing. Step out in faith every day in God’s plan for my life and give Him all the credit.

For a cute, short kids video on David and Goliath, click below

God had been preparing David his whole life for this moment. With every defeat of lion and bear, David grew more confident with God. God often calls us to be faithful right where we are and then uses our faithfulness to accomplish greater things. In the midst of our preparation we rarely see how God will use it.

Saul only saw the outside: a small inexperienced boy; he did not see David’s heart of God. 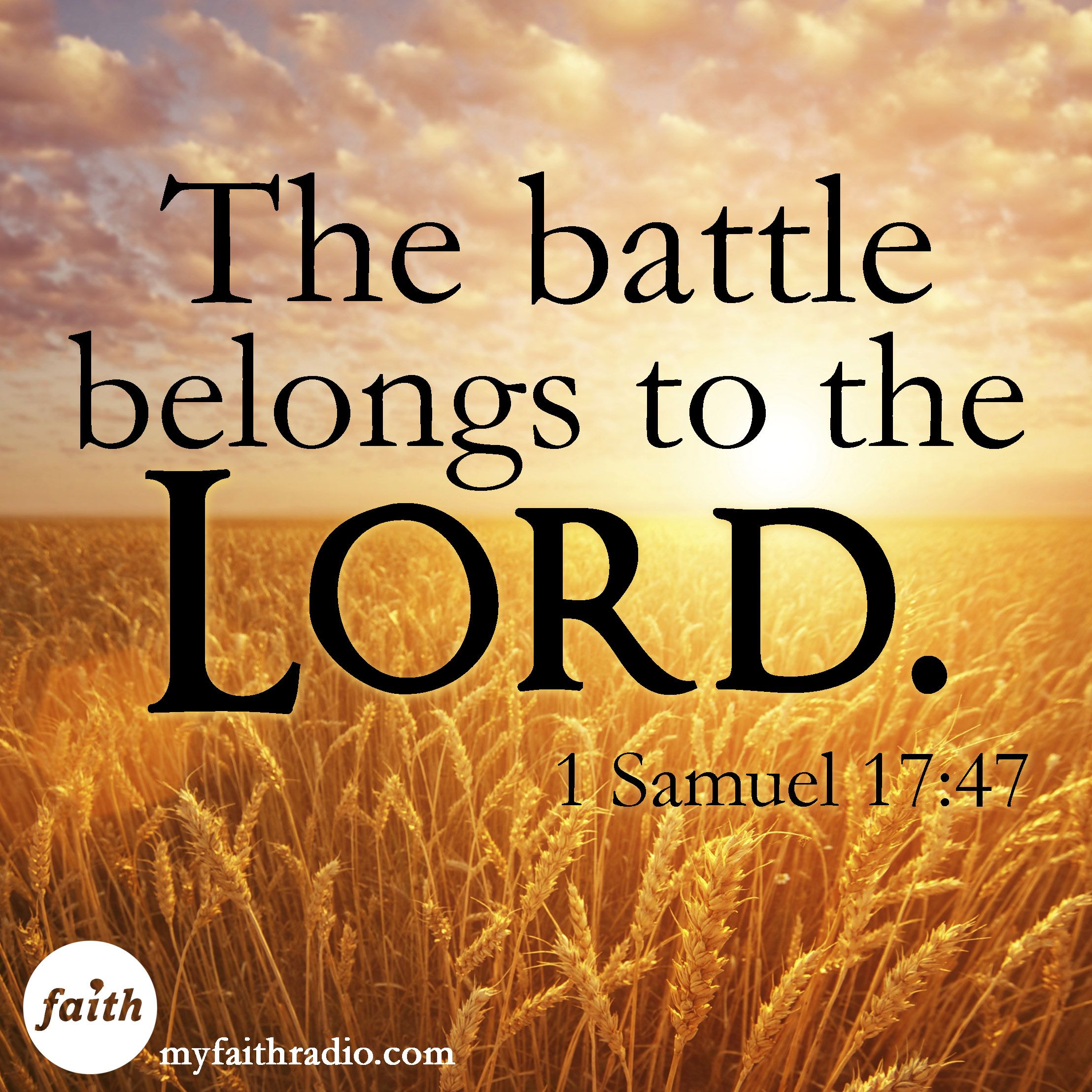 Why 5 Stones to defeat Goliath?

David followed through on his words. He went to battle.

Goliath had to look around to even see David, he was so small compared to Goliath. When Goliath did see David, he was insulted. The Hebrew word for dog (kaleb) is used in passages like Deuteronomy 23:18 for male homosexual prostitutes. Goliath felt that sending David was an insult to his manhood.

God is the only weapon David needs.

David responds, confident God is the only weapon he needs. We can imagine Goliath’s deep, deep, bass voice reverberating against the tall hills surrounding the Valley of Elah. The sound struck fear into the heart of every Israelite soldier, and probably even some of the Philistine soldiers! Then David answered with his teen-age voice, perhaps even with his voice cracking. The Philistines laughed when they heard David practically screaming in his cracking voice and the Israelites were both horrified and embarrassed.

This battle was for the fame and glory of God alone, which David makes sure to emphasize in his every word. He never uses the word “my” or “I”. It is God’s battle, and he stands for all of Israel. This battle will prove to all (including the Israelites) that God is the ruler of all and can give victory without sword or spear.

David runs out to meet Goliath. He doesn’t stop and pray. He doesn’t run. He doesn’t hesitate. God does it all, but we take action as well.

While a shepherd, David talked to God and took a lot of target practice with his sling. Now his communion with the LORD and his skill with the sling are both used by God. Bible scholar Clarke says, “In the use of the sling it requires much practice to hit the mark; but when once this dexterity is acquired, the sling is nearly as fatal as the musket or bow.”

What does David see that no one else sees in Goliath?

Just as the Philistine god Dagon fell on his face before the LORD (1 Samuel 5:2-5), so now the worshipper of Dagon, Goliath, falls on his face.

God loves to use the weapons of  Satan against him (David using Goliath’s sword to cut his head off).

The Philistines agreed to surrender to Israel if their champion lost (1 Samuel 17:9). We should never expect the devil to live up to his promises. But the soldiers of Israel pursued and defeated the Philistines. David’s example gave them great courage and faith in the LORD.

Since it was many years later that Jerusalem was conquered (2 Samuel 5:6-10), this likely means David eventually brought Goliath’s head to Jerusalem. But David will use the sword of Goliath later (1 Samuel 21:9). David had some enduring reminders of God’s great work.

Bible scholars are unsure if Saul recognized David or not.