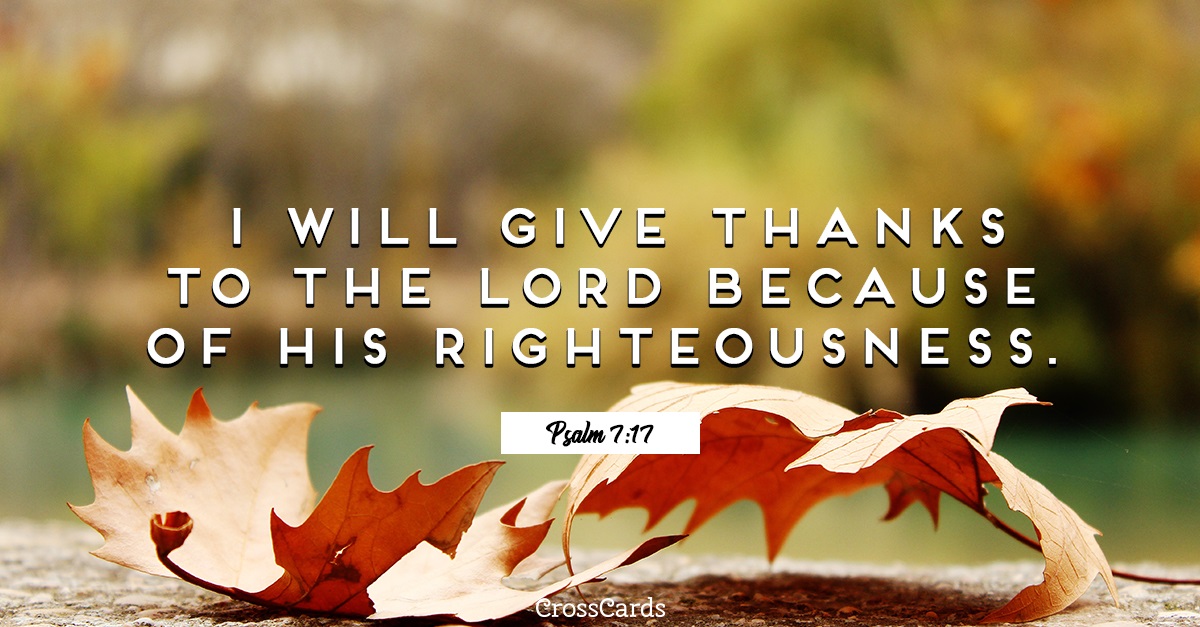 A psalm of David’s concerning Cush, a Benjamite, David entreats God to save him and be his refuge. If he has done wrong, let his enemies overtake him. David pleads for justice to be done and violence to end. God is David’s shield and is a righteous judge. The trouble and violence one causes will be upon one’s own head. David gives thanks to the Lord and praise to Him.

Here in this Psalm, David feels God is far away. He describes the ways of the wicked who revile the Lord, are always prosperous, happy, and free from trouble, who are full of lies and murder, and take advantage of victims. David calls God to not forget the helpless and to call the wicked to account for their deeds. God is king over all and He defends the fatherless and the oppressed, so they may fear no more.

6) God is just. God is holy. God is faithful. God is pure. God is a refuge. God deals with evil and violence justly and righteously. God defends the helpless. Even in the bad times, God is there.

7) Those who perpetuate wickedness will be judged by God righteously. They only bring the troubles upon their own heads. Those who are affected will prevail, and God will avenge them. God shields those who are upright in heart. God will call the wicked to account. Those who are afflicted God hears, encourages, and listens to their cries, defending them, so they will terrify no more.

Psalm 7 emphasizes God as sanctitude and refuge and how God will avenge his believers for the evil they have done. Psalm 10 emphasizes God’s defense of the helpless and holding the wicked to account for their sins.

The Hebrew title to this Psalm reads: A meditation of David, which he sang to the LORD concerning the words of Cush, a Benjamite. The New King James Version translates the Hebrew word “Shiggaion” as meditation, though the word is difficult to translate and is used elsewhere only in Habakkuk 3:1. The specific occasion is not easily connected with an event recorded in the historical books of the Old Testament; it may be a veiled reference to either Shimei’s accusations against David in 2 Samuel 16:5 or to Saul’s slanders against David. More likely this Cush, a Benjamite, was simply another partisan of Saul against David. This Psalm contains both David’s cry of anguish and confidence in God’s deliverance.

Who was Cush the Benjamite?

God sometimes allows difficult circumstances, so they will awaken this urgency in us.

David knew what it was like to overcome a lion.

David had been accused of appropriating spoils which rightly belonged to the king, returning evil for good, and taking toll for some generosity.

What do we learn from David’s prayers?

David wanted justice above all else. (Psalm 7:9)

While all sins are not equally sinful (some sins are worse than others and will receive a greater condemnation, Matthew 23:14); yet there are no small sins against a great God.

Adam Clarke believed a more accurate translation of Psalm 7:11 is, “He is not angry every day.”

Often wicked deeds may have the cover of respectability but are still filled with iniquity (as was the case with the Pharisees of Jesus’ day).

Violent endings of those who commit sin in the Bible include: Haman the enemy of Mordecai and the Jews, and the enemies of Daniel in the lion’s den.

Because this Psalm has no title (in the midst of several Psalms that do), and because it shares some similar themes with Psalm 9, some have thought that it was originally the second half of Psalm 9. There are more reasons to doubt this than to believe it; this Psalm rightly stands on its own as a Psalm of lament at the seeming prosperity of the wicked, but ultimate confidence in the judgments of God.

David wrote this Psalm because it is arranged in the midst of several Psalms that are specifically attributed to David (Psalms 3-9; 11-32). Yet we know David to be a man of valiant action and warrior spirit; not the kind to stand passively back while the wicked murdered and terrorized the weak and helpless. The only exception to this would be if the wicked man were in a place of God-appointed authority, such as Saul was in Israel. Perhaps this Psalm was a cry of David for God to stop Saul because David knew that it was not his place to lift his hand against the LORD‘s anointed. 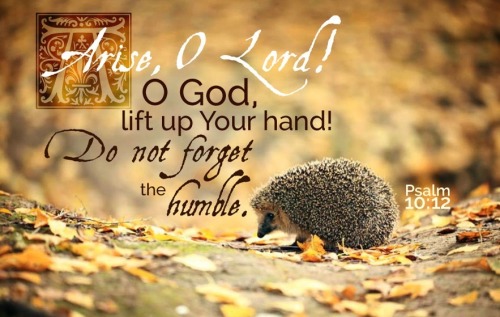 David is expressing here what we all feel at times: concern and sometimes anxiety over the seeming inactivity of God.

Times of trouble: According to Maclaren, this was a rare word in the ancient Hebrew vocabulary, used only here and in Psalm 9:9. “It means a cutting off, i.e., of hope of deliverance. The notion of distress intensified to despair is conveyed.”

Psalm 9:15 has the wicked being condemned; here it is a heartfelt prayer.

David asks God to not allow the wicked to prosper and to bring judgement sooner.

The wicked speech of men – which is often today regarded as no sin at all – is regarded as sin in the Psalms. Cursing, lying, threatening, and troubling and evil speech are all destructive. And these words are spoken because we believe we won’t be held accountable for what comes out of our mouths.

Characteristics of a Wicked Man

‘Helpless’ is a word only found in this psalm (vv. 8, 10, 14), which has received various explanations, but is probably derived from a root meaning to be black, and hence comes to mean miserable, hapless, or the like.

David wants God to take action against the wicked. And he knows God will because God has seen and God judges justly.

God had long been declared the king of Israel (Exodus 15:18), even when His people rejected His rule (1 Samuel 8:7-9). If David wrote this Psalm (especially during a time of persecution from Saul), the words “the LORD is King forever and ever” would have recognized the reign of God even over the troubled and dysfunctional reign of Saul.

Spurgeon states: “Sometimes, we have desires that we cannot express; they are too big, too deep; we cannot clothe them in language. At other times, we have desires which we dare not express; we feel too bowed down, we see too much of our own undesert to be able to venture near the throne of God to utter our desires; but the Lord hears the desire when we cannot or dare not turn it into the actual form of a prayer.”

The Psalmist reminds us that the spiritual preparation of the heart is a great gift, an answer to prayer, and a mark of God’s blessing.

Take away from Psalm 10: