After David killed Goliath, he was not allowed to return home. Jonathan, Saul’s son, became best friends with David and made a covenant with David. David rose quickly in the army ranks. After the Philistines were defeated, the army returned home. The women of the towns ran out to greet the army and sang how David killed more men than Saul. This angered Saul, and he became jealous.

An evil spirit from God came upon Saul, which caused him to hurl a spear twice at David, who eluded it. Saul feared David because the Lord was with David and not him. Saul sent David away to fight his battles, which he did successfully since God was with him, winning the hearts of the people. In everything David did, he had great success.

David turned down the marriage of Saul’s oldest daughter, Merab, but gathered 200 foreskins from the Philistines as a bride price for Saul’s second daughter, Michal, who loved David. Saul kept sending David out to battles, hoping the Philistines would kill him. Instead, David had success after success, making his name well-known with the Israelites.

3) Saul is very human; he is jealous of David because of his success and popularity with the people. This would be most people’s reaction. He’s feeling insecure as it is, knowing God is not with him, and he’s not the chosen king of Israel. Jonathan and David are fast friends. They probably shared a lot in common, both being close to the King and having high expectations put upon themselves. They are the epitome of best friends. Michal loved David and presumably he loved her since he did as Saul asked him to do (fulfilled the bride price of 100 Philistine foreskins) for her hand in marriage.

All David’s relationships mirror ours: messy. It’s a ubiquitous human condition, and it’s comforting to know my personal life isn’t as bad as I thought!

4) Personal Question. My answer: Saul is jealous of David. This is a lesson we all need to be better at and improve in our lives since it is usually the first reaction we have to others who get something we want like a promotion or beautiful kids. Then Saul tries to trap David, which backfires miserably. We should not try to do this to others, although it can be tempting to do. No one said following Jesus and being like him was easy.

5) Part personal Question. My answer: All that David does (battles to marrying the King’s daughter) is blessed by God. Yet, that puts a target on his back as people are jealous of him, and when people are jealous, most will stop at nothing to bring that person down. As we’ll see, David has to go into hiding because Saul is out to kill him. I am thoroughly blessed in my life, living for something greater than myself and my own needs. That being said, doing what Jesus would do is a daily challenge in my interactions with my work colleagues, others, and my family. Overcoming my innate selfishness to put others first is challenging and fighting all the temptations the devil throws at me is exhausting. Still, all is for Him, and I’d want it no other way.

Good lesson on the price of being a Christ-follower: blessings and costs involved. You will be enriched beyond imaging, but it won’t be easy with sacrifices along the way. Also, we see David as human with the same struggles we all have, which helps us to not try to be so perfect in all that we do.

We met Jonathan in 1 Samuel 14 where he attacked the Philistines single-handedly.

How are Jonathan and David alike?

How were Jonathan and David different?

David would never again be a shepherd — but he’d always have the heart of a shepherd.

How were Jonathan and David submitted to the Lord?

Why was David well-known and popular amongst the Israelites?

What fueled Saul’s jealousy of David? 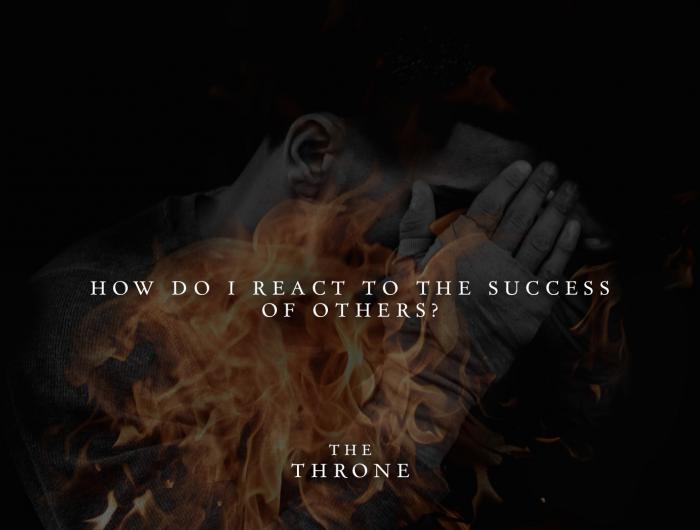 This evil spirit was first mentioned in 1 Samuel 16:14. It came upon Saul, permitted by the LORD, when the Spirit of the LORD departed from Saul (1 Samuel 16:14). David was brought into Saul’s royal court to play music, so that Saul would be ministered to and soothed when suffering from this spirit.

Prophesy is a poor translation here from the Hebrew. It more means idle ravings. Saul was babbling and not in his right mind.

Most men would think playing music was beneath them once they had garnered the kind of success David had. Not David.

Moved by the spirit, Saul chooses to throw a spear at David with the intent to kill.

David could have retaliated with no personal repercussions; but, he didn’t. Saul’s life is in God’s hands. Twice!

The throwing of the spear proved God was with David. Saul became afraid and wanted David dead. Saul promotes David in the army with the intent David will die in battle.

Saul sets a trap for David

Saul had promised to give… his daughter to the man who killed Goliath (1 Samuel 17:25). Now, Saul makes good on the promise, offering his older daughter, Merab, to David.

Saul concocts a plan to get rid of David, using his daughters. In ancient times, a dowry was required whenever a man married. The dowry was paid to the bride’s father, and the more important and prestigious the bride and her family, the higher the dowry price. Since David was from a humble family, there was no way he could pay the dowry for the daughter of a king. Saul knew this and will demand that David kill 100 Philistines as a dowry. Saul figured that the job was too big and too dangerous for David, and he would be killed gaining the dowry to marry a king’s daughter.

Saul is a clever manipulator. He takes advantage of David’s loyalty, patriotism, courage, and heart for the LORD. Yet David, whose name is being sung all over Israel, is humble and refuses the marriage proposition. Saul tried to make David jealous by giving his daughter to another man. Didn’t work.

David, who had already qualified for the marriage with the death of Goliath, humbly agrees. He suspects nothing. David brings back more just to solidify the bargain.

Did Saul’s plan against David work?

Saul isn’t finished, and will use more manipulation, cunning, and outright violence to attack David.

However, David’s wise behavior and high esteem were both closely connected to his humble heart. Here, we see Jesus, the Son of David. Philippians 2:9 says of Jesus, Therefore God also has highly exalted Him and given Him the name which is above every name.