Philistines attack David in the Valley of Rephaim. The Lord tells David He will hand them over to him, so David goes and defeats them. They abandoned their idols, which David carried off. Again, the Philistines come before David and this time God tells them to circle around and wait for Him to go before them (which he’ll know by the sound of marching in the tops of the balsam trees).

David prays for God’s enemies and foes to be scattered and the righteous be glad and rejoice. God gave the Promised Land to His people. He provides. He bears our burdens. He is awesome and worthy of our praise.

6) Part personal Question. My answer: David prayed to God to ask God what he should do, which David did. In careers, in jobs, in my future, and in my health. I think He’s answering all in His time.

7) His justness, his care of widows and the fatherless. His giving of the Promised Land. His delivering of the enemies. His scattering of nations. His majesty. His power.

8 ) Personal Question. My answer: His utter faith on God for everything in his life. David’s constant praying and asking God what to do. His constant praise of God. God as his center. This is what challenges me.

The key is asking God always for everything in your life. What your next move will be in all areas: career, spiritual, money, battles, relationships, etc. Then obeying and taking action.

As David sought God and looked to Him for guidance, he was blessed. God honored David’s dependence on Him and gave him the promise of victory.

God directed David differently in this battle. Even against the same enemy, not every battle is the same.

How do you respond to the sound of the balsam trees?

The title of this Psalm is, To the Chief Musician. A Psalm of David. A Song. Most commentators believe this Psalm is connected with the coming of the ark of the covenant into Jerusalem (2 Samuel 6) celebrating not only that event, but also the faithfulness of God to give Israel victory over her enemies, secure enough to bring the ark into Jerusalem.

Horne described how this Psalm was assigned to Pentecost in the Anglican liturgy, no doubt because it describes gifts given upon ascension and is quoted in Ephesians 4. “This beautiful, sublime, and comprehensive, but very difficult Psalm, is one of those which the church has appointed to be used on Whitsunday.”

The composition of this Psalm makes it a challenge for commentators, both from the Hebrew and in translation. Adam Clarke wrote, “I know not how to undertake a comment on this Psalm: it is the most difficult in the whole Psalter.”

Using the phrasing of Numbers 10:35, David proclaimed the triumph of God over all His enemies. When God goes

forth no opponent can stand against Him. They are all scattered. Since Moses said those words when the ark of the covenant led Israel from Mount Sinai, David knew it was appropriate to say the same words as the ark came to Jerusalem, its resting place.

As David brought the ark of the covenant to Jerusalem (2 Samuel 6) he made a dramatic historical connection.

Numbers 10 describes the departure of Israel from Mount Sinai, towards the Promised Land. As they marched, the ark of the covenant led the way. So it was, whenever the ark set out, that Moses said: “Rise up, O LORD! Let Your enemies be scattered, and let those who hate You flee before You.” (Numbers 10:35)

The idea was simple, both with Moses in the Exodus and David with Israel in the land. It expressed the confidence and the need of God’s people: “God, go before us and take care of our enemies. It’s too dangerous ahead without You.” This spirit of confident dependence is appropriate for every believer.

God’s enemies have no ability to stand against Him.

We are to praise God with knowledge of His character, and knowing Him personally.

Why should we rejoice in God?

“The psalmist contrasts the all-sufficiency of the God of Israel with the powers of Baal whom the Canaanites worshipped as ‘the Rider on the clouds.’” (VanGemeren)

“The name JAH is an abbreviation of the name Jehovah; it is not a diminution of that name, but an intensified word, containing in it the essence of the longer, august title. It only occurs here in our version of Scripture, except in connection with other words such as Hallelujah.” (Spurgeon)

“Yah, probably a contraction of the word Yehovah; at least so the ancient Versions understood it. It is used but in a few places in the sacred writings. It might be translated The Self existent.” (Clarke)

God’s greatness isn’t only defined by military-like triumphs. It is also seen in His compassionate concern and care for the weak and needy. The name Yahweh is connected to God as the Becoming One (Exodus 3:13-14), the God who becomes what His people need. 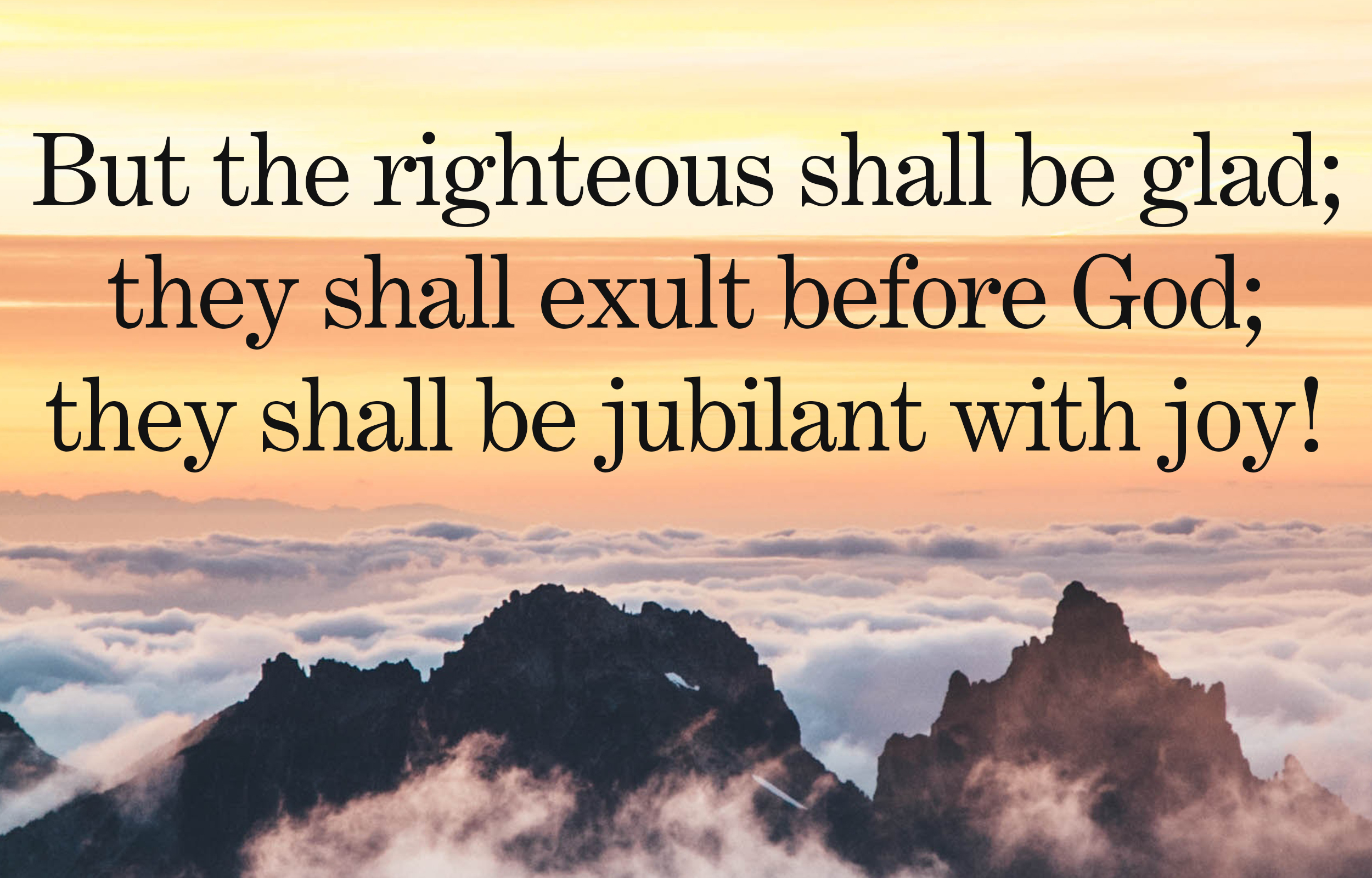 God is with you:

Great was the company: “The Hebrew word is of the feminine gender, because it was the manner of the Hebrews, that when the men returned victorious from the battle, the women went out to meet them with songs of triumph.” (Poole)

It is significant that God chose women to be the first messengers of the good news of the victory of Jesus’ resurrection (Matthew 28:1-10, Luke 24:1-10). The New Testament says that women should not be in positions of doctrinal authority (1 Timothy 2:9-14), but they certainly can and should proclaim the good news of God’s victory in Jesus Christ.

Zalmon is another name for Mount Ebal in central Israel, which many would consider more of a high hill than an actual mountain. The meaning of this line is not entirely clear, and has been the source of much speculation.

“According to Judges 9:48, Zalmon (‘the Dark One’) is one of the mountains by Shechem.” (VanGemeren)

“Whether the rout of kings there was caused by a blizzard, or whether the battlefield was ‘snowed’ with weapons and garments (or, later, with bones), or the fleeing armies compared to snowflakes, we cannot tell.” (Kidner)

Bashan was further north in Israel, in the region of what today is called the Golan Heights. Bashan was an impressive mountain, even a mountain of God and part of Israel’s heritage. Yet it and the other mountains seem to fume with envy when they see how God has favored Zion.

God chose Jerusalem even though there were higher and more spectacular mountains. Yet as He often chooses the weak to confound the strong and the foolish to mystify the wise, He chose Zion over Bashan.

By God’s command (Deuteronomy 17:16) ancient Israel never had many chariots. They were unneeded because God fought for Israel, and He had power greater than thousands of thousands of chariots. 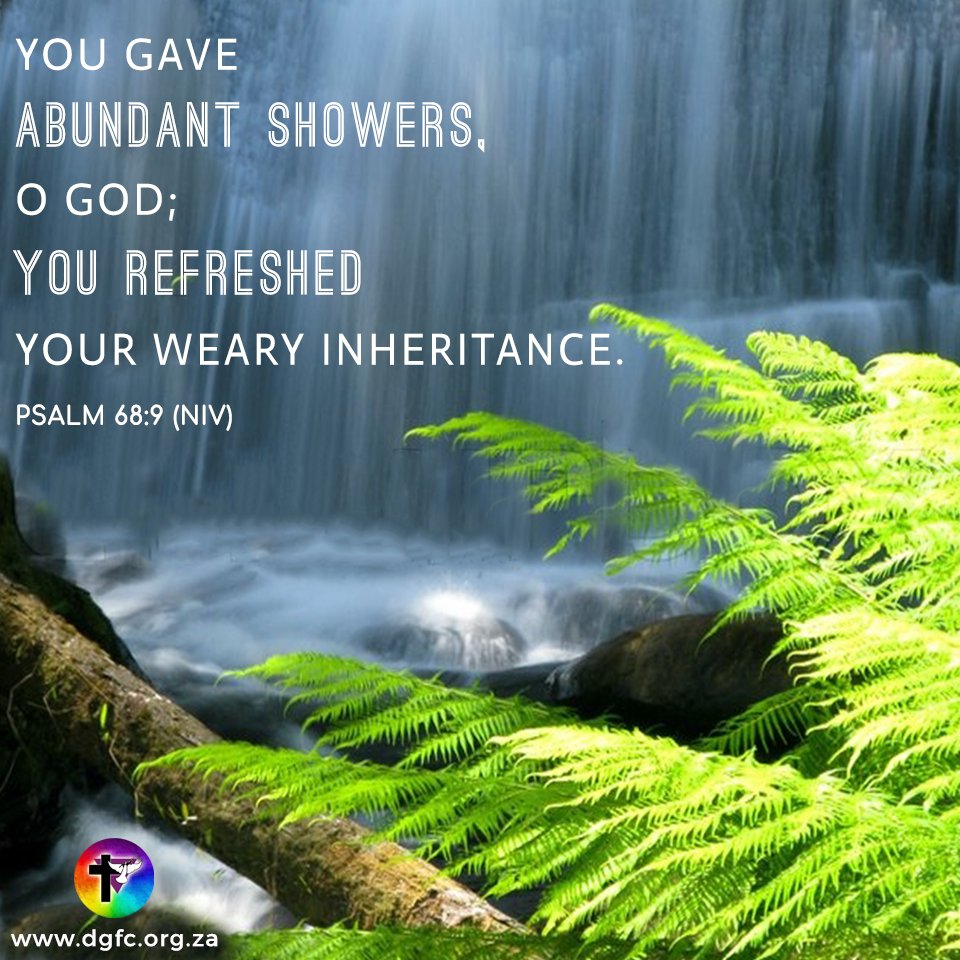 In describing God’s victory, David used an image from Genesis 3:15 where God promised that the Messiah would strike a fatal head wound against Satan.

The bringing of the Ark of the Covenant to Jerusalem

After the great triumph over their enemies, David and Israel could bring the ark of the covenant into Jerusalem (2 Samuel 6).

In the procession of the ark, the small tribe of Benjamin had a prominent role. This showed wonderful grace on David’s part because his predecessor King Saul was from the tribe of Benjamin and many kings of David’s day would refuse to give them any honor at all.

“Little Benjamin. That tribe is called little, partly because it was the youngest, as being descended from Jacob’s youngest son Benjamin; and principally because it was exceedingly diminished, and almost extinguished, under the judges.” (Poole)

Since reeds were often associated with the Nile River, David prayed that God would keep them safe against the Egyptians and Ethiopians. He asked God to do that until they, like all the nations, come in submitted tribute to Jerusalem

The essence of this Psalm:

This Psalm has been much loved by generals and soldiers. “To the Crusaders, setting out for the recovery of the Holy Land; to Savonarola and his monks, as they marched to the ‘Trial of Fire’ in the Piazza at Florence; to the Huguenots, who called it ‘The song of battles’; to Cromwell, at Dunbar, as the sun rose on the mists of the morning and he charged Leslie’s army.” (Kirkpatrick, cited in Morgan)

Whatever victory generals may have won and inspiration they received from this Psalm, the victories did not last. The lasting victory still waits for the Messiah’s great kingdom.