David eventually brought the Ark of the Covenant from the house of Obed-Edom to the City of David. He danced before the Lord while all celebrated. Michal did not like her husband. David put the Ark in the tent and offered sacrifices to God. David blessed the people and fed them. When David returned home after bringing the Ark up to bless his household, he was condemned by Michal for his behavior. David reminded Michal God chose him to rule Israel, and he will celebrate the Lord and be even more humbled before God. As punishment, Michal had no children.

David prepares a place for the Ark of the Covenant before moving it this time. He forbade anyone but the Levites to carry it this time. The Levites consecrated themselves and brought up the Ark of God has He had commanded using poles. There was much singing and celebrating and sacrificing as the Ark was transported and upon its arrival in Jerusalem. David joined in the celebrations. Michal despised him in her heart because of this.

12) Part personal Question. My answer: David prepares a place for the Ark of the Covenant before moving it this time. He forbade anyone but the Levites to carry it this time. The Levites consecrated themselves and brought up the Ark of God has He had commanded using poles. There was much singing and celebrating and sacrificing as the Ark was transported and upon its arrival in Jerusalem. David joined in the celebrations and danced before God. Michal despised him in her heart because of this.

This was not a spur-of-the-moment decision. This time around David prepares ahead of time for the Ark, follows all of God’s rules for moving the Ark and having the Levites do it all, praises God for his goodness and faithfulness, and attends to the Ark after it has been moved. I learn God desires us to follow His rules just as much as He desires the act be done. God does not reward shortcuts in worshipping and obeying Him.

13) Part personal Question. My answer: David joined in the celebrations and danced before God. He sang God a psalm of praise, thanking Him for all He has done and all He will do. Everything in my life. I celebrate Him, give Him praise for all I do, and thank Him.

14) Part personal Question. My answer: Michael despised David in her heart for his celebrations before the Lord, deeming them inappropriate. David responds by saying He celebrated before the Lord who chose him to lead all of Israel. He will become even more undignified and more humiliating to celebrate God. I love David’s response how he’ll do what he wants to celebrate God without worrying what others think of him. This is a lesson we all can apply in our lives.

My favorite part was David dancing before the Lord, David telling Michal he didn’t care what she thought about his praising of God, and Michal being duly punished.

In the second attempt to bring the Ark of the Covenant to Jerusalem, we see that when worship is according to God, it’s filled with gladness and joy. “Real” worship does not have to be subdued, solemn, or only in a minor key.

Why all the sacrifices for the Ark of the Covenant?

David didn’t hold back anything in his own expression of worship. He didn’t dance out of obligation but out of heartfelt worship. Emotions need not be repressed when celebrating and worshipping God.

Why was David wearing an Ephod?

It is a mistake to think that David was immodest. 1 Chronicles 15:27 indicates that David was dressed just like all the other priests and Levites in this procession.

From our knowledge of ancient and modern culture, David’s dance wasn’t a solo performance. He probably danced with simple rhythmic steps together with other men in the way one might see Orthodox Jewish men today dance. In this context, David’s linen ephod means he set aside his royal robes and dressed just like everyone else in the procession.

What was Michal’s problem with David’s celebrations?

David’s dancing was for God, not Michal, and he told her so.

Lesson we learn from Michal’s barrenness:

There is often barrenness in the life and ministry of the overly critical.

shows us that David specifically commanded the priests to carry the ark the right way – on their shoulders. We often think that a “new cart” or “strength” or a “friendly” manner is the way to bring the presence and glory of God. But God always wants His presence and glory to come on the shoulders of consecrated, obedient, praising men and women.

The emblem of God’s presence and glory was set at its proper place in Israel.

These sacrifices were an important part of the ceremony, neglected in the first attempt to bring the ark of the covenant to Jerusalem.

“David’s appointment then of Levites to minister in music and praise to God marks a significant advance in the history of Israel’s worship. His previous arrangements for music had been devised for just one occasion; but now a continuing service is envisioned.” (Payne) 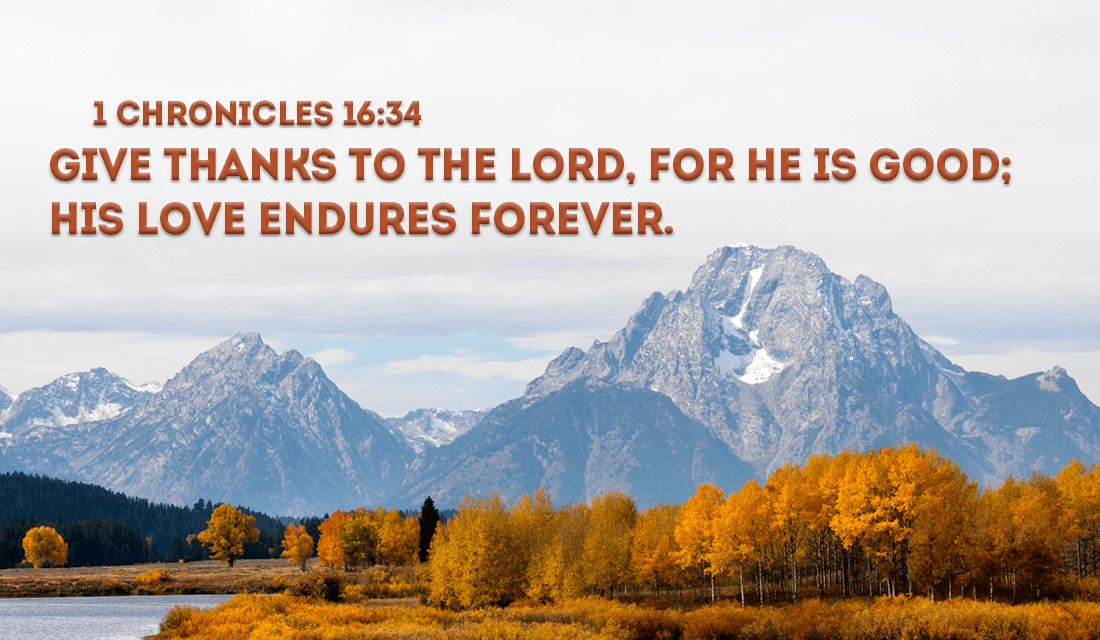 How can we remember what God does for us?

Simply remembering God’s great works is an important and often neglected part of the Christian life. Spurgeon (in his sermon The Recorders) noted several ways that we can help ourselves remember the great things of God:

David though the Levites had appointed Heman as the leader of worship (1 Chronicles 15:17), at this time David elevated Asaph to this position.

“No reason is given, though Asaph did represent the senior Levitical clan of Gershon (1 Chronicles 6:39-43). Personal ability may also have been a contributing factor, for Asaph and his descendants are listed as composers for twelve of the inspired Old Testament psalms.” (Payne)

David was known as sweet psalmist of Israel (2 Samuel 23:1), and he specially wrote the following psalm to thank the LORD on the day the ark of the covenant was brought to Jerusalem.

“All three of the canonical psalms that he quoted are anonymous, ‘orphan psalms’ (without title) in the Old Testament Psalter; but on the basis of the king’s use of them here, they should indeed be classed as his.” (Payne)

The three movements of this psalm

What covenants did God make with man?

God’s covenant people have a special responsibility to praise Him, but all the earth should also proclaim the good news of His salvation day to day.

David is back to imploring the Israelites to tell everyone of the greatness of God, and His superiority above all gods.

Possibly the first reference to the Second Coming of Christ in the Bible:

Payne on for He is coming to judge the earth: “While earlier messianic prophecies had foretold our Lord’s universal, millennial reign (Genesis 49:10; Numbers 24:17; 1 Samuel 2:10), these words – ‘he comes’ – may be the first in all of written Scripture (Job 19:25 may well have been spoken earlier) to set forth the doctrine of the glorious second coming of Jesus Christ.”

This reminds us that the center of sacrifice was still at the tabernacle’s altar at Gibeon. Worship would be divided between the ark at Jerusalem and the altar at Gibeon.

“How long the service at Gibeon was continued we cannot tell; the principle functions were no doubt performed at Jerusalem.” (Clarke)