David defeated the Philistines and the Moabites, whom he put many to death. He fought Hadadezer, the king of Zobah, and captured his chariots and hamstrung most of the horses. David conquered Damascus. God gave David victory wherever he went. He gained a lot of booty. The King of Hamath brought David tribute. David defeated the Edomites and was a just ruler for Israel.

4) The Lord gave David victory wherever he went. People acknowledge God in their success by saying so, by doing the right thing, and by thanking Him. Also, when they are humble, knowing it is all in God’s power, they acknowledge Him with their hearts.

6) Part personal Question. My answer: He is obeying God. He is doing what is just and right for all his people. I hope my kids describe me as doing what is right for them and others. Putting others first before myself. Thinking of others.

God does need to be given more of the credit for what He does in our lives. It’s all Him, and none of it is us.

Why was David so harsh against the Moabites? 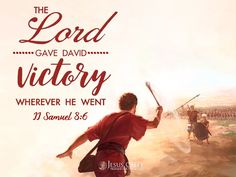 Scholars do not know. David’s war against Moab and his harsh treatment of their army seemed out of place considering that David’s great-grandmother was a Moabite (Ruth) and that he entrusted his mother and father into the care of the Moabites (1 Samuel 22:3-4). It may be that the Moabites killed or mistreated David’s parents. We are not told.

God did not want Israel to destroy every neighbor nation. Generally, God wanted Israel to be so blessed and strong that other nations were “taxed” by Israel, thus recognizing their strength and dominance.

God’s promise to Abraham was fulfilled: “Unto thy seed I have given this land, from the river of Egypt unto the great river, the river Euphrates.”

The harshness of war

The plunder of war

Take away: God loves to take people and things that are “trophies” for the Devil and make them trophies to His power and grace.

Fun fact:  Israel possessed more of the land God promised to Abraham (Genesis 15:18-21) under David’s reign than at any other time. 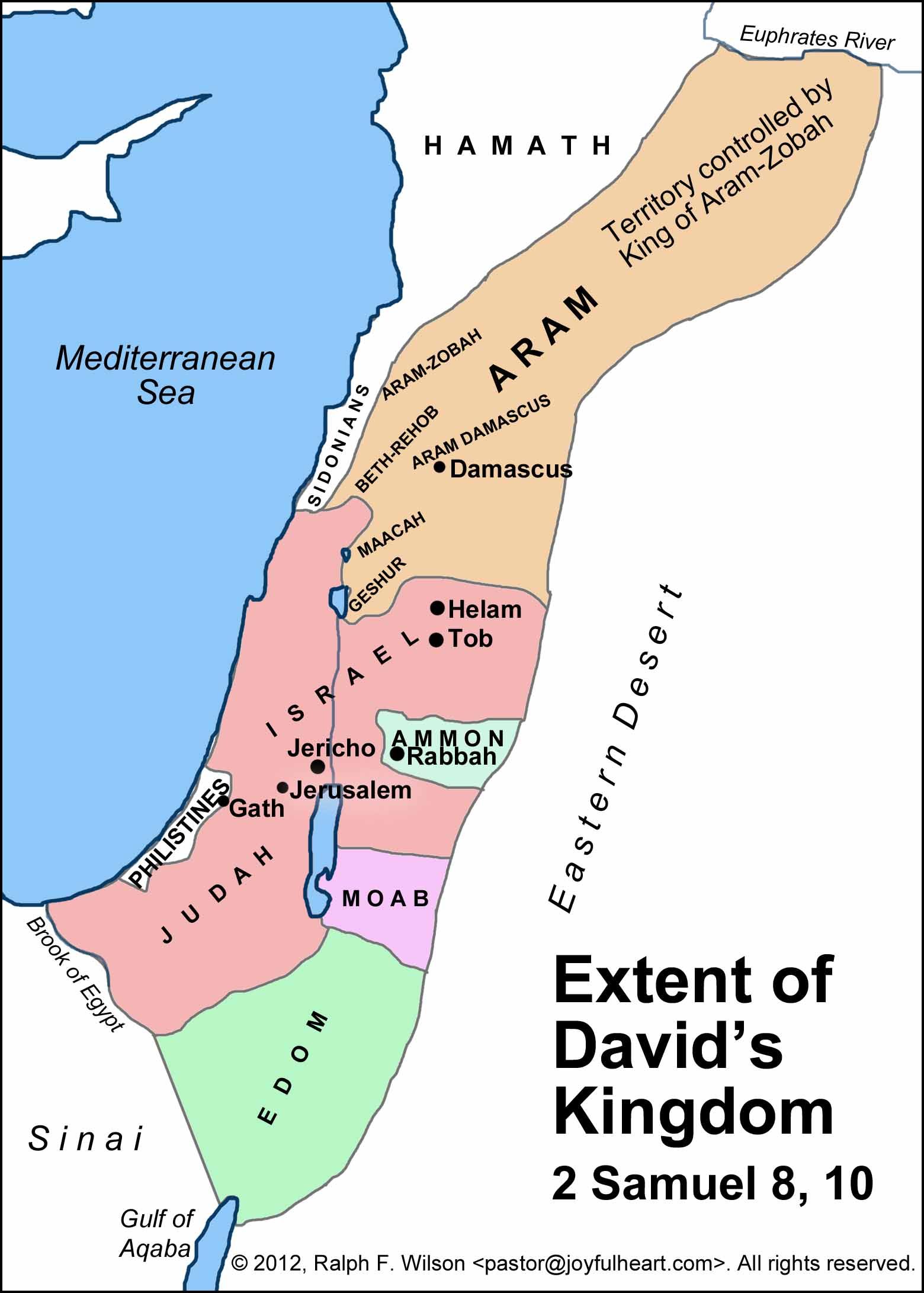 The reign of King David

This chapter of victory, blessing, and prosperity describes the national life of Israel during the reign of David. This is one reason why he is generally regarded as the greatest king or ruler Israel ever had. David fulfilled what is the fundamental duty of government – to administer judgment and justice (Romans 13:1-7)

Because David allowed God to subdue Him, the nations were subdued before David.

No great ruler succeeds by himself. Success comes with support.

We never find such a list regarding the organization of King Saul’s government. This is because David’s government had much more form and structure than Saul’s.

There is a limit to what we can be and what we can do for the LORD without order and organization. Together we are stronger and delegation is key to being able to accomplish more for God’s kingdom.

The Cherethites and Pelethites were hired soldiers from Crete.