The Lord sends Nathan to rebuke David for his sin with Bathsheba. Nathan tells a tale of a rich man taking a poor man’s only sheep to kill for a feast when the rich man had plenty of sheep to kill. David gets angry until Nathan reveals the tale is about David. David admits he has sinned. God punished David by taking the life of this child conceived. David fasts in hopes God will relent, but God does not. The boy dies. God also says someone close to him will lay with his wives in public. David worships the Lord.

David asks for mercy, forgiveness for his sins, cleansing, and a pure heart. He will teach others, praise God, and asks God to make Jerusalem prosper.

10) Part personal Question. My answer: David immediately confessed when confronted. He pleads with God not to take his child, but God does anyway. Then David worships the Lord. David accepts the consequences once they’ve happened; however, he does all he can to change God’s mind. Stay calm either way if you’re the one confronted or doing the confronting, and be guided by God through prayer.

11) Part personal Question. My answer: David believes God is a merciful God. He forgives sins. He cleanses. He restores a personal relationship with Him once all sins are repented and forgiven. It’s comforting since no matter what I do, God will forgive me if I confess with the right heart. It challenges me to confess my sins more and admit when I’m wrong, take responsibility, and ask for God to restore me to Him where He graciously wants me to be.

12) Personal Question. My answer: If you repent, you will be forgiven. It is immediate. No strings attached. It is not earned; it is freely given by Jesus through God. It’s always important to confess your sins and accept God’s forgiveness.

Two things I like: 1) David offers no excuses for his sins (there aren’t any). 2) David accepts the consequences (his son dying) but still pleads God to change His mind. Once done, it’s done, and David moves on with his life. So many of us are stuck in the past. It’s over. It’s done. Move on. Give it to God to handle. That doesn’t mean in the heat of the moment, we can’t beg God for more mercy. But once judgment is pronounced, we should accept it and move on without the weight of it affecting our lives.

God mercifully kept speaking to David even when David didn’t listen. However, you should not presume God will continue to speak to you (Genesis 6:3). When you hear or sense the conviction of the Holy Spirit, you should respond to it immediately.

Nathan used a story to get the message through to David. It was common in those days to keep a lamb as a pet, and Nathan used this story of the pet lamb to speak to his friend David.

What message does Nathan bring?

David must condemn his own sin before he can be forgiven.

The consequences of David’s sin

In 2 Samuel 12:9 God said that David despised the commandment of the LORD, which means David despised God himself, costing us, amongst other things, fellowship with the Lord.

To emphasize His point, God didn’t even use Bathsheba’s own name. She was the wife of Uriah the Hittite.

THEME: The ability to worship and honor God in a time of trial or crisis is a demonstration of spiritual confidence.

Do babies and children go to heaven?

This Psalm has been long beloved by believers: “It was recited in full by Sir Thomas More and Lady Jane Grey when they were on the scaffold in the bloody days of Henry VIII and Queen Mary. William Carey, the great pioneer missionary to India, asked that it might be the text of his funeral sermon.”

David asks for mercy without excuses for his sin.

David’s sin against God and glory to God 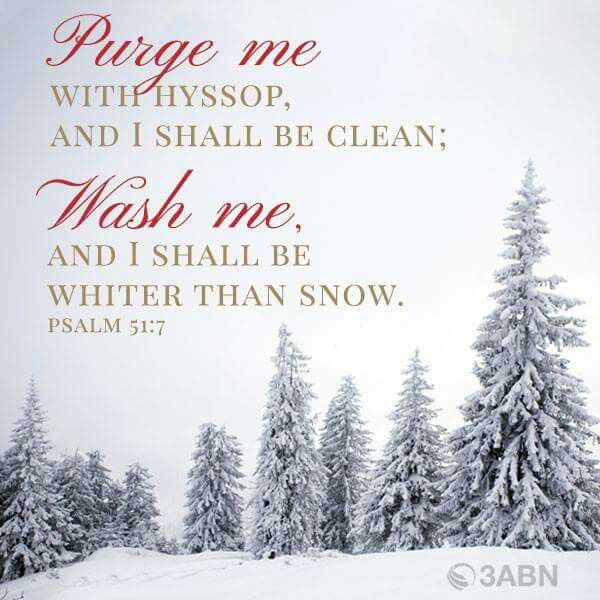 Purge: “It is based on the word for sin (chattath) and literally means ‘de-sin’ me. David wanted to have his sin completely purged away.” (Boice)

David felt the conviction of the Holy Spirit as if his bones were broken. David prayed his brokenness would lead to joy and gladness.

David pleads for a new heart

David anticipated one of the great promises to all who believe under the New Covenant: I will give you a new heart and put a new spirit within you; I will take the heart of stone out of your flesh and give you a heart of flesh (Ezekiel 36:26).

“The word that begins this section is the Hebrew verb bara, which is used in Genesis 1 for the creation of the heavens and the earth by God. Strictly used, this word describes what only God can do; create ex nihilo, out of nothing.” (Boice)

“With the word Create he asks for nothing less than a miracle. It is a term for what God alone can do.” (Kidner)

David pleads for a steadfast spirit

David is most likely remembering Saul from whom the Spirit of the Lord had departed (1 Samuel 16:14)

We don’t know if there was an obvious demonstration of God’s displeasure against the Kingdom of Israel in the period of David’s unconfessed sin. Whether there was or was not, David understood that there was an aspect of restoration in terms of the kingdom that needed to be addressed.