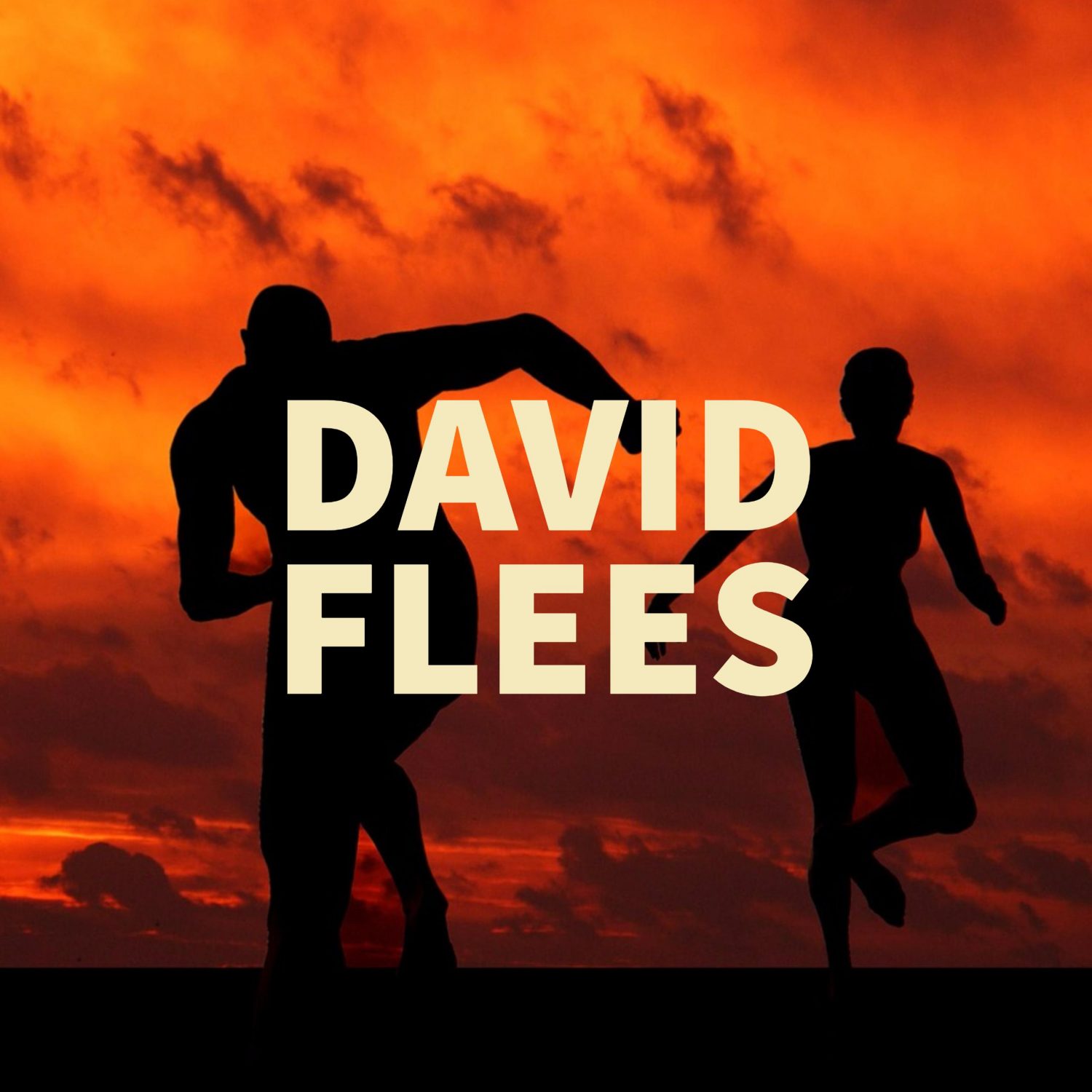 Absalom succeeded in swaying the Israelites to him. David flees, taking his household, loyal followers, and hired mercenaries who decided to follow him. Initially, David takes the Ark of the Covenant with him but then says to return it, and God will decide if he ever sees it again. David plants spies in the palace as Absalom’s servants.

Mephibosheth’s servant brings David donkeys and food for his escape, even though Mephibosheth sees an opportunity to become king, and he returns to Jerusalem. Shimei, a relative of Saul’s, curses David for the blood he has shed. David accepts the cursing, believing Shimei was sent by God to do so.

David believes God is his shield, and God will bestow glory upon him. God sustains him, and he will not fear. David asks God to deliver him.

9) David believes Absalom will kill them all, including all in Jerusalem. David is still dearly beloved since everyone is weeping as he passes. He also has a lot of people still loyal to him, including Ziba, the steward of Mephibosheth.

10) David felt hurt and betrayed. He prayed that Ahithophel would give foolish counsel. He also sends Hushai the Arkite to frustrate his advice as well.

11) Part personal Question. My answer: He trusts God with Shimei and does not harm him, believing he is being prompted by the Lord to curse him. David also returns the Ark, trusting God to bring him back to Jerusalem if he is to see it again. The trusting in God to handle others and to do it all — that is comforting.

I love how Ziba returns. Fun to see him again. I love how the best in David has returned, fleeing Jerusalem and choosing not to fight in order to spare the people bloodshed. He allows himself to be pelted by stone, putting his life again in God’s hands, and ordering others not to harm Shimei, the pelter. He even returns the Ark where it belongs. This had to be hard, being the Ark is God on earth.

The Gittites who were David’s personal bodyguard faithfully followed David from the time he lived among the Philistines (who followed him from Gath). These men who were faithful to David before he became successful also stuck with him when his success seemed to fade away.

Having foreigners rally behind David shows how great of a king he was, despite the Israelites — his own countrymen — turning from him.

How did David feel having to leave Jerusalem?

David called Absalom the king and left it unto the LORD.

David’s life was in danger, and he had to flee. Yet he took time to stop at the top of the Mount of Olives, look back upon Jerusalem and the tabernacle, and worship God. Worship is important no matter what circumstances you are walking through.David sent his other aide, Hushai, back to Jerusalem to frustrate Ahithophel’s counsel to Absalom.

This Ziba was the servant of Mephibosheth, the son of Jonathan to whom David showed great kindness to (2 Samuel 9).

Ziba told David that Mephibosheth went to Jerusalem to get the throne for himself, which was a lie which will be  revealed in 2 Samuel 19:24-30. Ziba left Mephibosheth behind to make it look as if Mephibosheth did not support David.

There are always people ready to rejoice when a leader falls. Shimei had this heart against David for a long time, but he could only show it when David was down and out.

What we learn from Shimei and David

David was not without hope or comfort. God allowed comfort to find him, even if it was in the small things. David was able to receive the comfort because he was at peace, and he knew that God was in control of Israel.

In refusing to cling to the throne, David was like Jesus, who, being in the form of God, did not consider it robbery to be equal with God, but made Himself of no reputation, taking the form of a bondservant, and coming in the likeness of men. And being found in appearance as a man, He humbled Himself and became obedient to the point of death, even the death of the cross (Philippians 2:6-8). “As we thus follow David through these days of humiliation and shame… we nevertheless understand more perfectly that he was indeed a man after God’s own heart.” (Morgan)

In his book A Tale of Three Kings, Gene Edwards put these words into the mouth of David: “The throne is not mine. Not to have, not to take, not to protect, and not to keep. The throne is the LORD’s.” It was that kind of heart that kept David on-track through such a difficult time.

“This is radiant illustration of the deep and inward peace given to any man who is living in fellowship with God in motive and desire.” (Morgan) 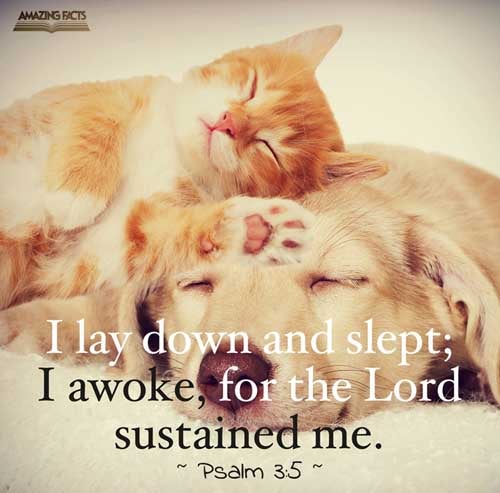 This is the first Psalm with a title: A Psalm of David when he fled from Absalom his son. James Montgomery Boice points out that since the titles for Psalms are in the canonical text of the Hebrew Bible, “They are to be taken with absolute seriousness throughout.” The events are recorded in 2 Samuel 15-18, but the heart of David at that difficult time is recorded in this Psalm.

Shimei was an example of someone who said that God was against David, and he was just getting what he deserved (2 Samuel 16:8). This thought was painful to David – the thought that God might be against him.

No one can shake David’s confidence in a God of love and help.

God as David’s shield and blessing

Under attack from a cunning and ruthless enemy, David needed a shield. He knew that God was his shield. This wasn’t a prayer asking God to fulfill this; this is a strong declaration of fact.

God was more than David’s protection. He also was the one who put David on higher ground, lifting his head and showing him glory. David’s glory is God.

Sleep was a blessing, because David was under such intense pressure from the circumstances of Absalom’s rebellion that sleep might be impossible. Waking was another blessing because many wondered if David would live to see a new day.

With God sustaining him, David could stand against any foe.  Romans 8:31: If God is for us, who can be against us?

Knowing what God had done gives David confidence in what the LORD would do.

Arise, O, Lord: This recalled the words of Numbers 10:35, where Moses used this phrase as the children of Israel broke camp in the wilderness. It was a military phrase, calling on God to go forth to both defend Israel and lead them to victory.

Broken the teeth of the ungodly: This vivid metaphor is also used in Psalm 58:6. It speaks of the total domination and defeat of the enemy. David looked for protection in this Psalm, but more than protection – he looked for victory.

David prayed for his people’s sake as well. 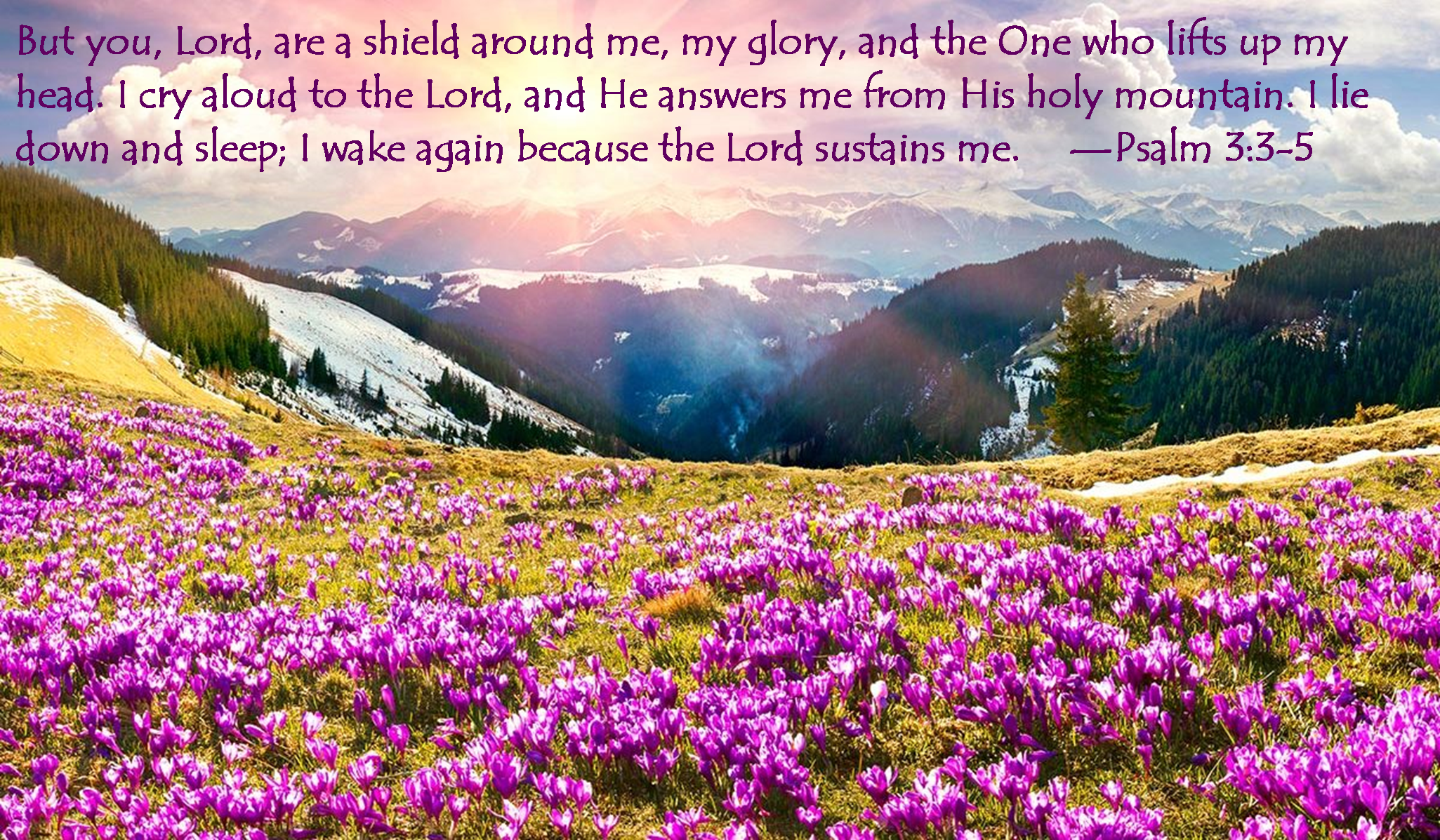