In David’s last poem, he shows his deep concern to be a king who pleases God and says a leader in tune with God will always be a blessing to God’s people. He remembers God’s promise that his descendants will always rule. David’s mighty men are remembered, 37 in all.

9) God used David so he could rule over God’s people with righteousness. God brought him everything, including an everlasting covenant, salvation, and his every desire. God did it all.

10) Personal Question. My answer: They fought in battle for him. They got him water when he needed it. Doing for others constantly is the best way to sacrifice and show love. Put your needs/wants/desires last.

11) Personal Question. My answer: God works through others to bring victory to you. David’s mighty men fought with God on their side who provided victory. The victorious Christian life is about letting God fight your battles and  win your victories.

This is a great chapter. It shows how David’s whole life was about God, and how God did it all for David, including providing the support David needed to rule effectively and successfully. Great lesson. 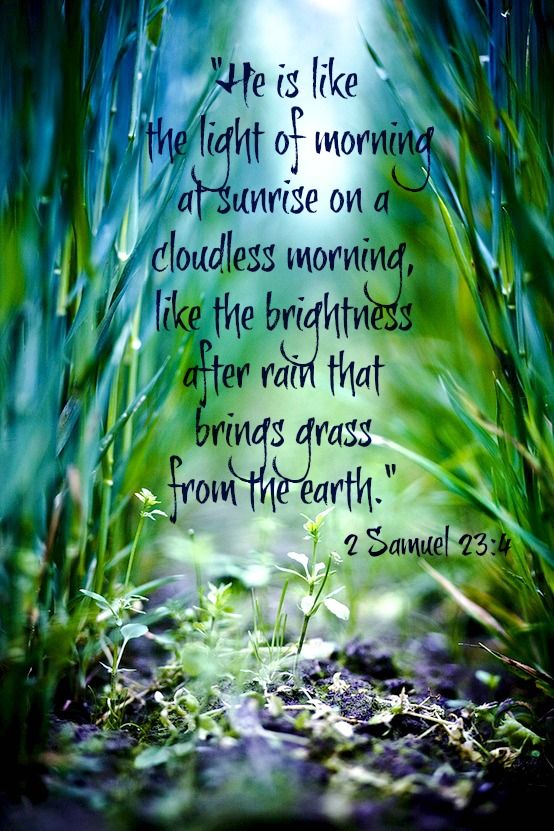 These are not the very last words of David, just his final thoughts at the end of his life.

Covenant with David based on God’s faithfulness only.

David was Israel’s greatest king and the most prominent ancestor of Jesus Christ because of his relationship with God. The New Testament begins with these words: The book of the genealogy of Jesus Christ, the Son of David (Matthew 1:1)

The triumph of the church as a whole depends upon the personal victory of every Christian. Dare to be a Daniel! Dare to stand alone! Dare to have a purpose firm! Dare to make it known!’Dare to be an Eleazar, and go forth and smite the Philistines alone.

The men who retrieved the water for David was sacrificed to God because the sacrifice was too great for David himself.

These remarkable men were the foundation of David’s greatness and success of his reign. They did not come to David as great men, but God used David’s leadership to transform these men who were in distress, in debt and discontented, who met David back at Adullam Cave (1 Samuel 22:1-2) into mighty men.

“More than all his victories against outside foes, the influence of his life and character on the men nearest to him testify to his essential greatness.” (Morgan)