David helps prepare to build the temple. He gathers stonecutters to dress stone; he gathered iron, bronze, and cedar logs. He tells the leaders of Israel to help his son, Solomon, build the temple.

David gives a speech to the people to help him build the temple, announcing all he has given and he gives more to the building of the temple. More people gave riches to help build the temple. David praises God, saying all of this is His anyways and prays Solomon stays devoted to God’s decrees and for him to build the temple.

9) Personal Question. My answer: David prayed that Solomon would wholeheartedly “keep God’s commandments, requirements, and degrees and to do everything to build God’s temple.” He prayed for Solomon to keep God’s laws, be strong and courageous, and not to afraid or discouraged. I pray for all I know to walk in Jesus’s ways and light. Praying to not be discouraged is important for all of us because we all are beaten down by the sins of this world.

10) David did all he could to help Solomon prepare to make God’s temple before he died. David prayed his thanks and acknowledged that everything came from God. He gave of his own treasures and led by example in this way.

11) David gives over and above everything he has already given. I need to be better at not just giving the minimum too.

David shines in these passages as the man after God’s own heart. He is concerned in his last days that all is ready for the temple to be built by his son. He does all he can. He gives over and above. He prays for his son. He does everything. Great example of how we should be always, but especially at the end of our lives — making sure our legacy (kids) are set up for success when we depart this world.

1 Kings 5:15-18 describes how these Gentiles were actually put to work in the building of the temple in Solomon’s day, some 70,000 slaves.

The cedar trees of Lebanon were legendary for their excellent timber. This means David (and Solomon after him) wanted to build the temple out of the best materials possible.

This great temple to God would be built with “Gentile” wood and using “Gentile” labor. This temple was not only for Israel. Only Jews built the tabernacle, “But the temple is not built without the aid of the Gentile Tyrians. They, together with us, make up the Church of God.” (Trapp)

“The king’s provision of ‘a large amount of iron’ reflects how conditions had changed during his time – known archaeologically as Iron I – due, no doubt, to the incorporation of iron-producing Philistines within the sphere of Hebrew control.” Payne

David’s excitement over the temple

Solomon had the same vision for the glory of the temple, and he indeed built it according to David’s vision of a magnificent, famous, and glorious building. Solomon had this vision breathed into him through his father’s influence.

David was a peace with the idea that he himself could not build the temple and was content to prepare the way for his son to build it successfully.

Solomon building the temple was a sacred charge for him to fulfill. David knew that he could not fulfill this last great work of his life himself; he could only do it through Solomon. There was a sense in which if Solomon failed, David failed also. 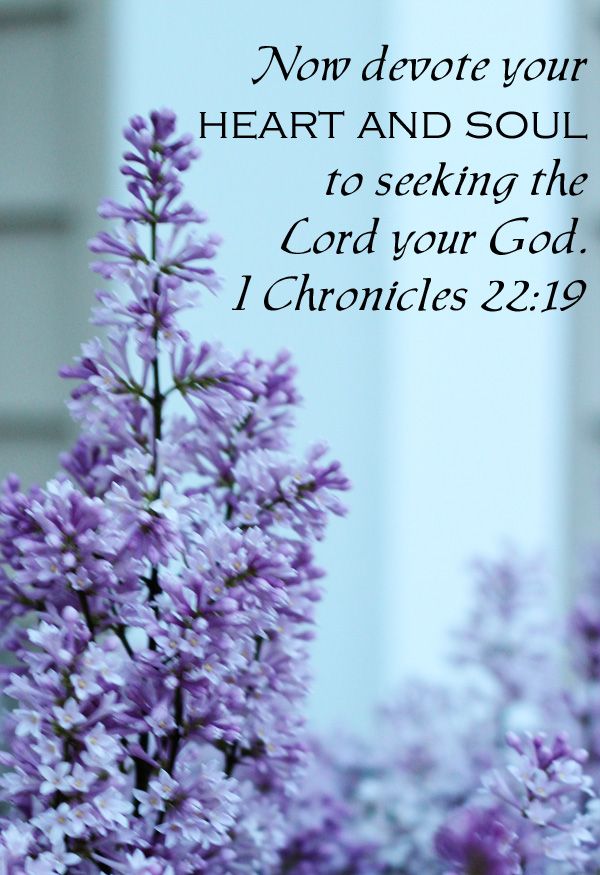 This explanation was not previously recorded, either in 2 Samuel or in 1 Chronicles. Here we find one of the reasons why God did not want David to build the temple, and why He chose Solomon instead. God wanted a man of rest and peace to build a house unto Him.

“The church (whereof the temple was a manifest and a illustrious type) should be built by Christ, the Prince of peace, Isaiah 9:6; and that it should be gathered and built up, not by might or power, or by force of arms, but by God’s Spirit, Zechariah 4:6.” (Poole)

David knew that Solomon could not be strong or courageous without obedient fellowship with God.

God promised David that as long as his sons walked in obedience, they would keep the throne of Israel (1 Kings 2:1-4).

No matter what the Assyrians or the Egyptians or the Babylonians did, as long as David’s sons were obedient and followed God with their heart and with all their soul, God would establish their kingdom. He would take care of the rest.

David took seriously his mission to prepare the way by bringing both security and treasure to Israel and his successor Solomon. With these two resources he could build the house of the LORD.

This is an enormous amount of gold. Some Bible commentators believe this large number is accurate and some feel it is a scribal error. Either way, David clearly amassed significant resources for a temple he would never build and told Solomon to receive these enormous resources and add to them.

David made all the preparation, but it was in vain if Solomon did not begin working.

David prepares the way for the Temple

David is an example of someone who works in the background, who receives none or little credit for his work, but the job cannot be done without him.

No one calls it “David’s temple.” It seems that all the credit, all the name, all the glory goes to Solomon. It didn’t bother David because he was a man after God’s heart — it was all about God — and always would be.

David knew that one leader was not enough to get a great work done. When God calls a leader, He also calls other to help.

“Thus Solomon came to the Jewish throne with every possible advantage. Had he made a proper use of his state and of his talents, he would have been the greatest as well as the wisest of sovereigns. But alas! How soon did this pure gold become dim! He began with an unlawful matrimonial connection; this led him to a commerce that was positively forbidden by the law of God: he then multiplied his matrimonial connections with pagan women; they turned his heart away from God, and the once wise and holy Solomon died a fool and an idolater.” (Clarke)

“The work is everlasting, though the workmen die. We pass away, as star by star grows dim; but the eternal light is never-fading. God shall have the victory.” (Spurgeon)

Before a great God there are no small works; everything should be done for the glory of God (Colossians 3:22)

David gave all he gave because he loved the house of God. We naturally give to and support that which we love. For where your treasure is, there your heart will be also (Matthew 6:21).

David specifically used the phrase house of my God to emphasize the personal connection; this was more personal than saying merely the house of God.

Why did the Israelites need to give to God?

“The king’s appeal for each giver to ‘consecrate himself’ reads literally ‘to fill his hand.’ This was a technical phrase used to describe ordination to the priesthood; and Scripture, significantly, places the act of giving on this same level of devotion.

The generous giving made David rejoice and praise God. It wasn’t for the sake of the wealth itself, but because it demonstrated that the hearts of the people were really interested in God and in His house. Cheerful giving (2 Corinthians 9:7)

FUN FACT: This is the first time in the Bible that God is addressed directly as a Father over His people.

Jesus taught His disciples to pray beginning with this phrase, our Father (Matthew 6:9-13). Jesus may have had this passage in mind when teaching His disciples about prayer.

“This verse supplies the conclusion to the Lord’s Prayer: ‘For thine is the kingdom’ (Matthew 6:13, KJV

David knew that both the ability and the heart to give were themselves gifts from God. He was actually humbled by having such a heart to give, both in himself and in the people of Israel as a group.  And keeping God’s commandments would be the key.