After 20 years of building, Solomon gave 20 towns in Galilee to Hiram, king of Tyre, for all the lumber he had used. The king did not like the towns given him and called them the Land of Cabul (good-for-nothing). As Solomon’s labor force, he used the people who were not Israelites who had remained in the Promised Land whom Solomon could not exterminate. No Israelites were slaves as they were reserved for the army and the building projects. Solomon sacrificed to the Lord burnt offerings and fellowship offerings three times a year. He built ships, using sailors from Tyre and King Hiram again.

Solomon rebuilt villages that Hiram had given him and settled Israelites in them. He captured cities and built up more cities. All the non-Israelites left from the conquering period (Hittities, Amorites, Perizzites, Hivites, and Jebusites) were made slaves labor for Solomon’s purposes. The Israelites were not slave labor; they were his fighting men and officials. He would not allow his wife, Pharaoh’s daughter, in the palace because she was unclean. Solomon sacrificed burnt offerings and appointed gatekeepers and the Levites to care for the temple. Solomon had ships bring him back gold.

6) Building his kingdom and procuring gold. He partnered with Hiram who had well-versed sailors bring him gold. He rebuilt villages and captured more. He formed a calvary with chariots as his will. He forced people to be slaves to do his bidding.

7) I’m unsure why he is partnering with King Hiram again, especially after he scoffed at the towns Solomon had given him. He did wisely follow his father David’s lead by appointing divisions of priests for their duties and the Levites to lead the praise and assist the priest’s in their duties, and he appointed gatekeepers as his father had done. He rebuilt cities and gave them the Israelites wisely. He turned foreigners into slaves (unwisely). He kept Pharaoh’s daughter out of the palace wisely. He wisely sacrificed to God daily and at festivals. The kingdom was well-ordered (2 Chronicles 8:16), which was wise.

8 ) Personal Question. My answer: I try to spend my time wisely and not waste it. I spend a lot of time working, maybe too much. I do my hobbies. Measuring success of a pursuit depends on the pursuit. If you set out to run a 10k and you do, that’s success. If you work hard at your job every day, that’s success. If you’re kids are happy, that’s success. I hope I am deemed wise for how I spend my time and energy, but who knows. I’m a hard worker, but maybe too much. Success is measured by the feeling others have around you and you have about yourself I think.

There is nothing remarkable about Solomon’s middle years; he’s doing what every king does: building his empire and wealth, while being good to his people. It’s hard to fault him. Sure, there are signs of him pulling from the Lord, but no concrete actions yet. We can this of a lot of us.

Tyre – the prominent city in the land just north of Israel (modern Lebanon) – was noted for its fine wood.

Trading Israel’s land for a glorious temple and palace was not in God’s plan. Hiram was a friend to both David and Solomon, but the land of Israel was given to Israel by divine decree and was therefore not Solomon’s right to give away.

However, this transaction shows that Solomon was a shrewd dealer and got the better of Hiram in these arrangements, arguably not exactly scrupulously. It seems that Solomon gave Hiram some fairly insignificant settlements (we’re not told the exact reason Hiram is displeased) and received a large amount of gold in return — estimated at $50 million in today’s money.

Hazor, Megiddo, and Gezer: These were three prominently fortified cities in the days of Solomon.

God strictly commanded that the remnants of these tribes be driven out of the land, not used as slave laborers in Israel. Solomon didn’t make the Israelites forced laborers, but used them to oversee the remnants of the Canaanite tribes.

The Bible tells us Solomon offered up burnt sacrifices and fellowship offerings. It is possible that this was another transgression by Solomon since this would be only a job for the priests. However, as is the case in some other passages, this may refer to Solomon initiating such sacrifice and ceremony properly through a priest.

The location of Ophir is unknown.

“No man knows certainly, to this day, where this Ophir was situated. There were two places of this name: one somewhere in India, beyond the Ganges, and another in Arabia, near the country of the Sabaeans, mentioned by Job 22:24.” (Clarke)

Either way, Ophir is far away, which would have been a great undertaking in ancient times. 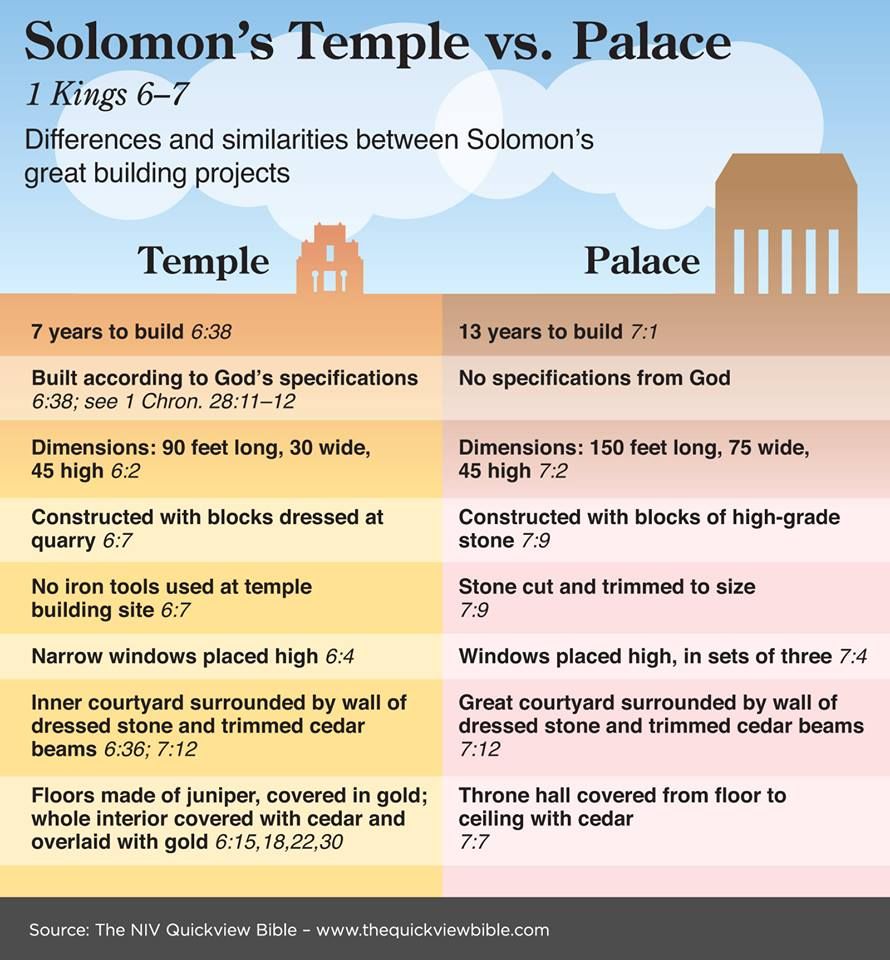 This passage reflects Solomon’s great heart and ambition as a builder. He energetically settled new cities and built storage cities, fortifications, chariot cities, and cities of the cavalry.

We find a problem in reconciling the mention of the cities that Hiram gave to Solomon because 1 Kings 9:11-14 indicates that they were given by Solomon to Hiram. “While textual disturbance is possible, it seems more probable that they had been returned to Solomon, either because they were unacceptable (1 Kings 9:12-13) or because they had been collateral for a loan (1 Kings 9:14).” (Selman)

Sadly, this new emphasis on chariots and cavalry shows that Solomon did not take God’s word as seriously as he should. In Deuteronomy 17:16, God spoke specifically to the future kings of Israel: But he shall not multiply horses for himself. It would be much better if Solomon had the heart reflected in Psalm 20:7: Some trust in chariots, and some in horses; but we will remember the name of the LORD our God.

Pharaoh’s wife will led Solomon along a remarkably wicked path (1 Kings 11:4-8).  This shows what happens when you put political alliances (marry and unbeliever) above God.

In accordance with the commanded morning and evening sacrifices (Numbers 28:1-8) Solomon administrated the burnt offering for Israel. He also observed the other sacrifices commanded by the Law of Moses.

Solomon carried forth the administration for the temple service as it was originally organized by King David (1 Chronicles 24).

Solomon definitely used his ties with Tyre to explore and trade. Solomon boldly led the people of Israel into new ventures.

“‘Ezion Geber and Elath’ were ports at the north end of the Gulf of Aqaba that provided a strategic commercial access southward into the Red Sea and beyond.” (Payne)

“Solomon probably bore the expenses, and his friend, the Tyrian king, furnished him with expert sailors; for the Jews, at no period of their history, had any skill in maritime affairs, their navigation being confined to the lakes of their own country, from which they could never acquire any nautical skill.” (Clarke) 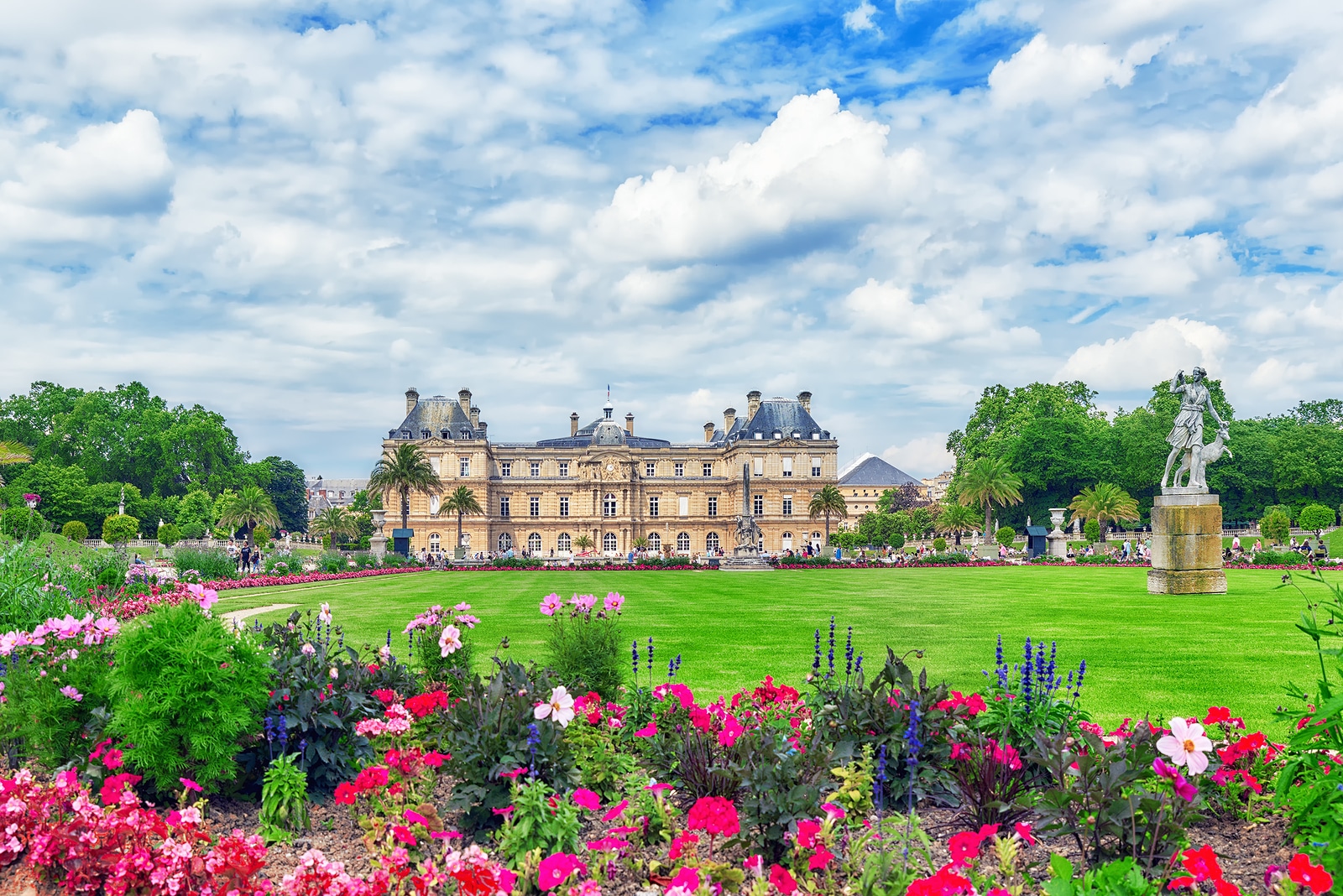