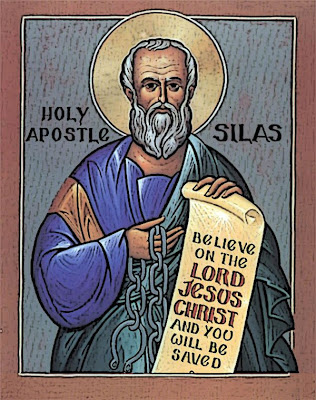 Silas was a prominent member of the Jerusalem church and was with Paul on most of his second missionary journey. We first meet Silas when he accompanied Paul and Barnabas to Antioch with the letter announcing the council’s decision (Acts 15:22-23). He replaced John Mark (Acts 15:36-40) as Paul’s companion. He shows up again when he was beaten and imprisioned along with Paul at Philippi (Acts 16:12-40). Silas was left with Timothy when Paul fled to Athens to escape the riots (Acts 17:1-15).  He joins Paul again in Corinth (Acts 18:5). This is the last mention of Silas in the Bible. He is a Saint in the Roman Catholic Church, as well as in Easterh Orthodox followings.

Silas (also called Silvanus in several passages) became an important part of Paul’s team in doing the work of the ministry.