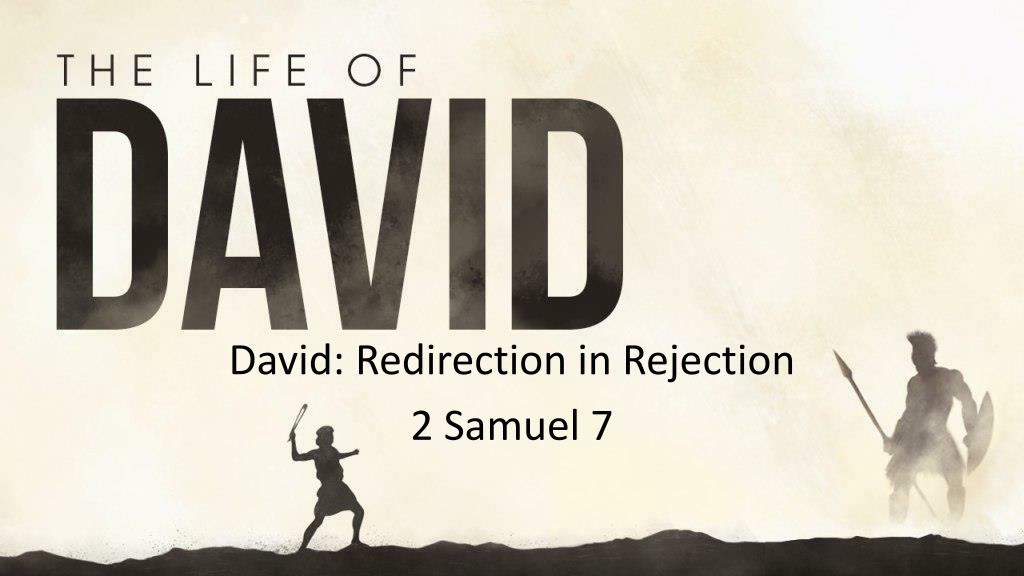 David was given rest by the Lord from his enemies once he became king. David wants to build God a dwelling place. God told Nathan the prophet to tell David that He wants a house to dwell in.

After David was settled in his palace, he told Nathan he wants to build God a dwelling place. Nathan said do it, but God came to Nathan in a dream and said not to build him a temple. God did not want David to build God a temple because of all the bloodshed he had caused.

3) David wanted to build God a temple because he felt God was worthier of a better dwelling place than just a tent. Yes, God was pleased because it was on David’s heart.

5) Personal Question. My answer: God says no to many things I have wanted, and He continues to say no. I see this mostly in jobs I think I want, but I don’t get. Schools I want for my kids they don’t get into. Houses we didn’t end up buying. Vacations we don’t end up going on. Probably a million other little things I think I need in the moment when they are not a need, but a want — and not God’s want for my life.

I don’t think I’ve ever caught this before: how David wanted to build God a temple, and God said no. Great lesson in how God does reject our wants because they are not His wants for our lives.

The events of 2 Samuel 7 happened after the wars of conquest described in 2 Samuel 8. This section is placed before the war accounts in the text to show its greater importance.

Why did David want to build God a tabernacle?

David told Nathan that he wanted to build a temple to replace the tabernacle. When Israel was in the wilderness 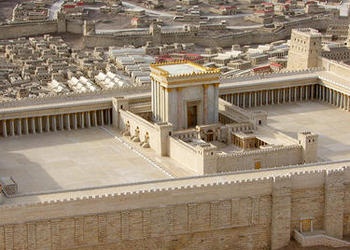 more than 400 years before, God commanded Moses to build a tent of meeting (Exodus 25:8-9). God didn’t asked for a permanent building to replace the tent, but David wants to do this for God.

The tent of meeting – also known as the tabernacle – was perfectly suited to Israel in the wilderness because they constantly moved. Now that Israel was securely in the land and the ark of the covenant was in Jerusalem (2 Samuel 6:17), David thought it would be better and more appropriate to build a temple to replace the tabernacle.

Nathan sees nothing wrong with wanting to build the temple. After all, it’s coming from David’s heart.

What do we learn from God’s response to Nathan?

God seemed honored and “surprised” that David offered to build Him a house. It was as if God said to David, “You want to build Me a house? No one ever offered to do that before, and I never commanded anyone to do it.”

David wanted to do more than God commanded. This is a wonderful place to be in our relationship with God.

This is around 995 BC. “The Hebrew text says literally, ‘build me the house.’ The idea of there being such a house was legitimate, just that David was not the one to build it.” (Payne)

David now knew that God didn’t want him to build the temple, but David didn’t respond by doing nothing. Instead of building the temple, David gathered all the materials for its construction so Solomon could build a glorious temple to God (1 Chronicles 29:2-9)

Why did God reject David’s request to build God a temple?

It wasn’t that David’s wars were wrong or ungodly, or that the blood he shed was unrighteous.

“Principally for mystical signification, to teach us that the church (whereof the temple was a manifest and a illustrious type) should be built by Christ, the Prince of peace, Isaiah 9:6; and that it should be gathered and built up, not by might or power, or by force of arms, but by God’s Spirit, Zechariah 4:6, and by the preaching of the gospel of peace.” (Poole)

Though David wanted to build God a house, God politely refused David’s offer and proposed to build him a house instead, in the sense of a lasting royal dynasty (2 Samuel 7).

Significantly, David calls the temple a house of rest. “As in the case of God’s sabbath rest at creation (Genesis 2:1-3), God’s rest represents the completion of his work. The idea of rest was so significant for the temple that even though David’s role as a ‘man of war’ was a vital part of the temple preparations in creating the necessary conditions for the work, it disqualified him from building the temple himself. Only Solomon, the ‘man of rest’ (1 Chronicles 22:9), was sufficiently fitted for the task.” (Selman)