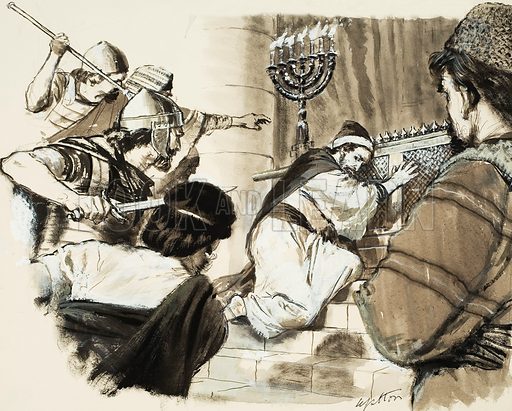 Adonijah, another of David’s spoiled sons, was David’s fourth son, his mother being Haggith (1 Samuel 3:2-4). Apparently, David’s first three sons died, leaving Adonijah, traditionally, as the heir apparent to the throne of Israel. Thus, he began acting as thus, gathering support from Joab and Abiathar, and parading around in chariots. He held a great feast, in the middle of which Solomon was proclaimed king by David, who had found out about Adonijah’s tactics to set himself up to be king.

Immediately, Adonijah sought refuge at the altar at the tabernacle. He was pardoned, until he asked for one of David’s concubines for his wife after David’s death. Solomon then had him put to death (1 Kings 2:19-25)