The old law is merely a foreshadow of what is to come.  It can never make perfect those who draw near to the Lord.  Yet, at the time, that was all the people had so they yearly repeated the sacrifices as a reminder that man is not perfect and needs forgiveness.

Sacrifices never pleased the Lord although he required them.  What God was after was the heart of man.  And the Old Covenant did not allow for that.  So God sent Jesus to die by His will.

Day after day the priest would offer the same sacrifices that never could take away sins.  But when Jesus offered his one sacrifice for all time he sat down (something the priests never did) at the right hand of God to indicate it is finished.  He made perfect forever those who are being made holy and he awaits his enemies to be his footstool.

God will put the laws in our hearts and minds as the New Covenant; their sins will no longer be remembered; they will be forgiven; no longer a sacrifice required.

Since Jesus has opened the path for us to God let us draw near to God with a sincere heart in faith with cleansed consciences and bodies.  Let us hold unswervingly to the hope we profess for he who promised is faithful.  Let us spur one another one toward love and good deeds.  Let us not give up meeting together and encouraging one another–and all the more as our time draws near.

If we reject Jesus, no sacrifice is left; only judgment and a raging fire to consume God’s enemies.  Anyone who rejected the law of Moses died; so how much more do you think the punishment would be to reject the Son of God?  The Lord, our living God, will judge.

Remember the times you stood your ground in the face of adversity.  Do not throw away that former confidence; it will be richly rewarded. You need to persevere so when you have done the will of God you will receive His promises.  For soon, Jesus will come again and we are the ones who believe and are saved.

12) Jesus made one sacrifice of his blood to cleanse us for good. Priests had to sacrifice animals many, many times, and humans were never cleansed of sins for good. Animal sacrifice can cover sin, but it could never take away sin.

13) Jesus’s sacrifice is perfect.  By his one sacrifice, he has made perfect forever those who are being made holy (verse 14).  All of us and forever after merely must have faith in Jesus and accept his sacrifice and we shall be made holy forever.  We will receive the Holy Spirit with the laws written on our hearts and minds forever.  Our sins shall be remembered no more–always forgiven.

14) “Let us hold unswerving to the hope we profess, for he who promised is faithful.”  I cannot give in to my melancholy.  I can strive every day to do His will for my life.  I can believe God only desires to prosper me and not to harm me.  He is at my back, pushing me up when all I want to do is lie down.  I can remember this as best I can every moment of every day.

15) Personal Question. My answer: “If we deliberately keep on sinning after we have received the knowledge of the truth, no sacrifice for sins is left, but only a fearful expectation of judgment and of raging fire that will consume the enemies of God.”

Good repetition of Jesus dying once and for all for us, and of encouraging us to hold onto him. Ultimately, he is all we have.

Shadow means that the law communicated the outline and the figure of the fulfillment to come in Jesus,

If animal sacrifices had solved the sin problem, then they could have ceased to be offered.

Here we have the Septuagint version of Psalm 40:6-8 (the Septuagint is the ancient Greek translation of the Old Testament that was the most commonly used Bible in the first century). It shows that prophetically Jesus declared the insufficient character of Old Covenant sacrifice and declared His willingness to offer a perfect sacrifice under the New Covenant.

The sacrifice of Jesus was determined before the foundation of the world (1 Peter 1:20; Revelation 13:8). Yet it was still an act of His will to submit. 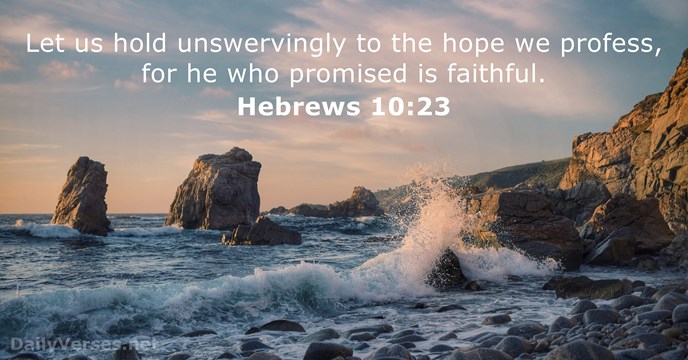 WHY JESUS’S SACRIFICE WILL NEVER BE REPEATED

The priests could never sit down! In contrast, Jesus sat down at the right hand of God, having finished His work of sacrificing for sin.

The work of Jesus is capable of saving every human being, but it is only effective in saving those who are being sanctified (set apart to God).

Baptism is the outward sign of an inward cleansing, and it was the latter that was the more important.

Fun Fact: “The is the only place where the author uses the expression ‘one another’ (allelous), though it is frequently found in the NT.

But our motivation for fellowship must be to obey God and to give to others. We can and should gather with believers to encourage someone who needs to stand strong against a tide of discouragement. 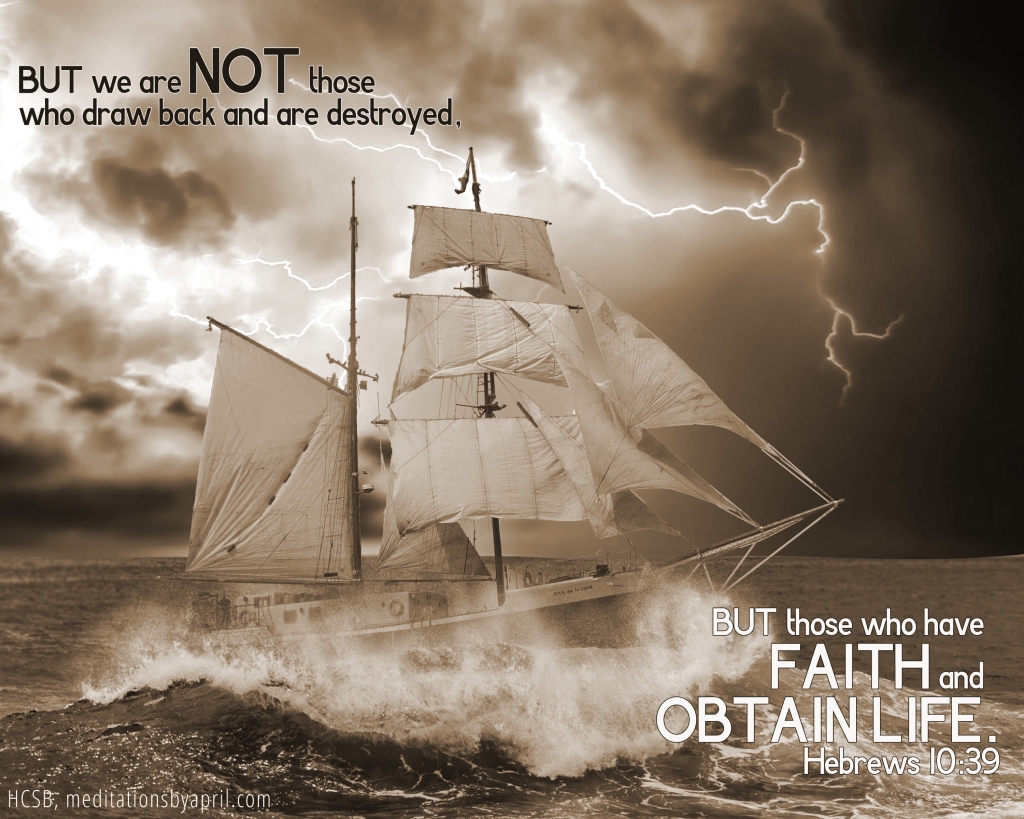 Their persecution was a struggle that came in many different ways. They were made a spectacle both by reproaches and tribulations. They were companions of those who were so treated – including the writer to the Hebrews himself (you had compassion on me in chains). They also had faced economic persecution (the plundering of your goods). But the point is that they had faced these things, and had endured them. They could take a look at their past endurance, and be encouraged to keep standing strong in the future.

The toughest and most discouraging trials are when we are called to obey God’s will when the fulfillment of His promise seems so far away.

This endurance is built through trials, the testing of our faith (James 1:2-4).

Every word in Habakkuk 2:4 is important, and the Lord quotes it three times in the New Testament just to bring out the fullness of the meaning.