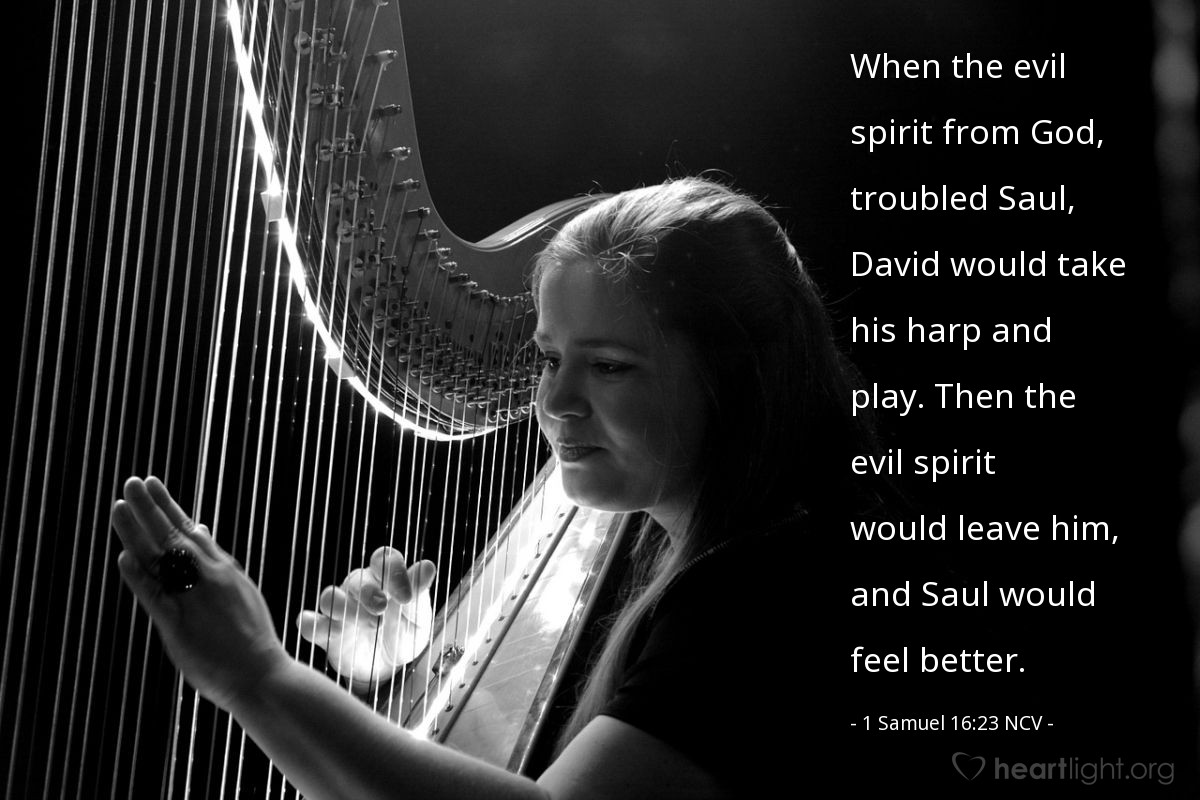 God left Samuel and put an evil spirit upon him. His servants thought music, a harpist, would help. They suggest David whom the Lord is with. Saul sent for David who came with a donkey loaded with bread, wine, and a goat. Saul liked David and promoted him to armor-bearer. The evil spirit did leave Saul when David played.

6) The Spirit of the Lord has left Saul due to his disobedience of God’s laws and commands and an evil spirit has descended who is afflicting Saul with madness, blindness, and confusion of mind. Saul has been rejected as king of Israel by God and is being punished for his sins. Saul has never repented (meaning his repentance like in 1 Samuel 15:25 which was riddled with excuses) of his sins.

7) God has David called to minister to Saul through his music at the palace. David got promoted to armor bearer, the right-hand man of the person in battle. Hence, David is serving Saul faithfully. He’s excelling at it. The two are probably great friends. There is no jealousy in David since he’s the anointed king right now. David is being faithful to God, waiting on Him, and in the meantime, shining God’s light wherever he goes and into the lives of those around him.

8) Personal Question. My answer: He’s called me to write here at this forum and in my job. He’s called me to be a mother and pass on that learning to my children. I think He is using me to show others determination and a desire to never quit through my sports.

We see immediately how God uses David to help Saul, and in the process is training David for greatness. God is good. He does not abandon Saul, and He grows David slowly without throwing him into the kinghood.

Why would God send an evil spirit upon Saul?

Actively, God never initiates or performs evil; He is the Father of lights, with whom there is no variation or shadow of turning (James 1:17). Passively, God may withdraw the hand of His protection and therefore allow evil to come, without being the source of the evil itself.

Saul lost his protections when the Spirit of the Lord departed. So Satan was able to fill that void.

For us as Christians, the continual presence of the Holy Spirit is such a comfort. We don’t have to fear that God will take the Holy Spirit from us (Romans 8:9-11, 1 Corinthians 6:19-20)–thanks to Christ.

Even in this fallen state, Saul could repent. It was up to him to receive God’s correction and respond with a tender, repentant heart before the LORD.

Today, Saul would probably be diagnosed as mentally ill. Yet his problem was spiritual in nature, not mental or psychological. So many of our problems are caused by a lack of closeness with God.

The Power of Music

Saul’s servants advise him to find what we would call a “worship leader.” They will seek out a man who can, using music, bring the love, peace, and power of God to Saul. King Saul needed to be led into worship, so it was important to seek out a man to do the job.

God created music and gave it the capability to touch people with great power. Music can be used for great good or for great evil because it so powerfully communicates to our inner being.

In the past, Saul received the Spirit of the LORD in the presence of music (1 Samuel 10:10). Perhaps this is an effort to create that experience again.

The 5 Characteristics of a Worship Leader 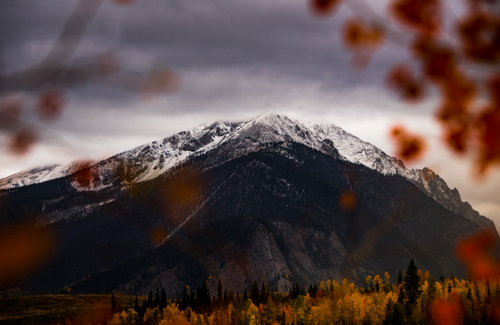 After the anointing, David went back to attending sheep. It was not yet his time. The Spirit of the Lord would bring Him to the palace.

Saul immediately liked David who played the harp or lyre (a precursor to the guitar). He made him his armor bearer. An armor bearer is the chief assistant in battle. A soldier’s life often depended on the courage and faithfulness of his armor bearer, and Saul knew David was worthy of this position.

This was an important time in David’s life and training for God’s destiny for him. For the first time he lived in a royal court and began to learn the customs and manners he needed to know to be a good king later in life. God uses David to minister to Saul. God is good!