The priests and the diviners of the Philistines hatch a plan to send the ark of the covenant back to the Israelites: they made gold models as a guilt offering of 5 gold tumors and 5 gold rats in a cart with cows who had never been yoked before. They put the guilt offering and the ark in a cart. If the cart went towards Beth Shemesh, then it was God against them. Otherwise, it was chance.

When the ark returned to the Israelites, they sacrificed the two cows as burnt offerings to God and the large rock they set the ark down upon remained a witness. However, 70 Israelis died because they looked into the ark.

6) The Philistines knew they had to send a guilt offering to God. By sending gold models, the Philistines hoped to send the originals out of the country as well. They put the objects in a cart and put stipulations on what it meant if the cows went one way or another, thinking the animals would prove it was by chance and not by God all of this happened. We put stipulations and meaning on objects or actions as well and say it means God is with us or it’s His will or not, when in reality we have no clue.

7) The people made a burnt sacrifice to God, using the cows sent over. However, 70 people looked into the ark and God killed them for it since this was against His laws. Believers blatantly disregard Him and His commands such as we see here with looking into the ark of the covenant.

8 ) Personal Question. My answer: God is in control, and He rewards His people when they obey and puts consequences on them when they disobey. As long as I obey, I’m rewarded. When I disobey, I’m not.

This isn’t exactly an encouraging passage. However, it does make a point: obey God or suffer the consequences.

The Philistines kept the ark of the covenant for 7 months because they did not want to part with such a trophy. However, ultimately, they had to. It can take a long time before we realize the futility of resisting God.

The Philistine priests had enough sense to know they offended the LORD God. Therefore, they knew they should do something to express their sorrow and repentance before the LORD. We were not told in 1 Samuel 5 that the plague involved rats. Acknowledging God’s judgement is one way to give Him glory.

The Philistines admitted that the God of Israel judged their gods and had jurisdiction over their lands. They confessed that He was Almighty God, yet they did not worship Him instead of their gods. Big mistake.

The testing of God by the Philistines:

The Philistines decide to test God to make sure the plague was sent by Him. The test was stacked against God. Two milk cows which have never been yoked should not pull a cart at all; instead, they should have resisted their yokes. Additionally, the Philistines separated the babies from their mothers. The “maternal instinct” of the cows would draw them not towards the land of Israel, but back home to their own calves. The Philistines devised a test that “forced” the God of Israel to do something miraculous to demonstrate He really was the cause of the plagues.

God never wanted the ark to be transported by a cart. He wanted it to be carried by poles set in rings on the side of the ark (Numbers 4:15).

The ark didn’t have “handles” and was not to be carried by lifting it directly in one’s hands. Instead, it was to be carried by inserting gold-overlaid wood poles into gold rings at each corner of the ark. The poles were to remain inserted in the rings, and to be the source of contact with the ark. Apart from touching the poles, it was forbidden to touch the Ark of the Covenant (Exodus 25:12-15).

Ironic how the Philistines were wise enough not to look in the ark of the covenant and instead placed the models next to it, but the Israelites weren’t. 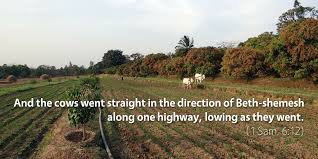 Of course, the cows showed God’s glory. Two cows who never pulled a cart before with no driver left home and marched the ten miles or so to a city they had never been to. They left their own calves behind and went straight on a certain road, with never a wrong turn, never a stop, never turning aside into the fields to feed themselves, never turning back to feed their own calves. The cows were unhappy about doing God’s will cause they lowed.

The Israelites finally had God back (He had never left them, but in their minds He had).

What the Israelites did right upon the return of the Ark of the Covenant:

What the Israelites did wrong upon the return of the Ark of the Covenant:

Isaiah 55:8-9 shows this thought: “For My thoughts are not your thoughts, nor are your ways My ways,” says the LORD. “For as the heavens are higher than the earth, so are My ways higher than your ways, and My thoughts than your thoughts.” We need to respect the fact that God is God and we are not, and there are some things we just will not, and should not, know.

What is the holiness of God?

Holiness means that God is separate, different from His creation, both in His essential nature and in the perfection of His attributes. 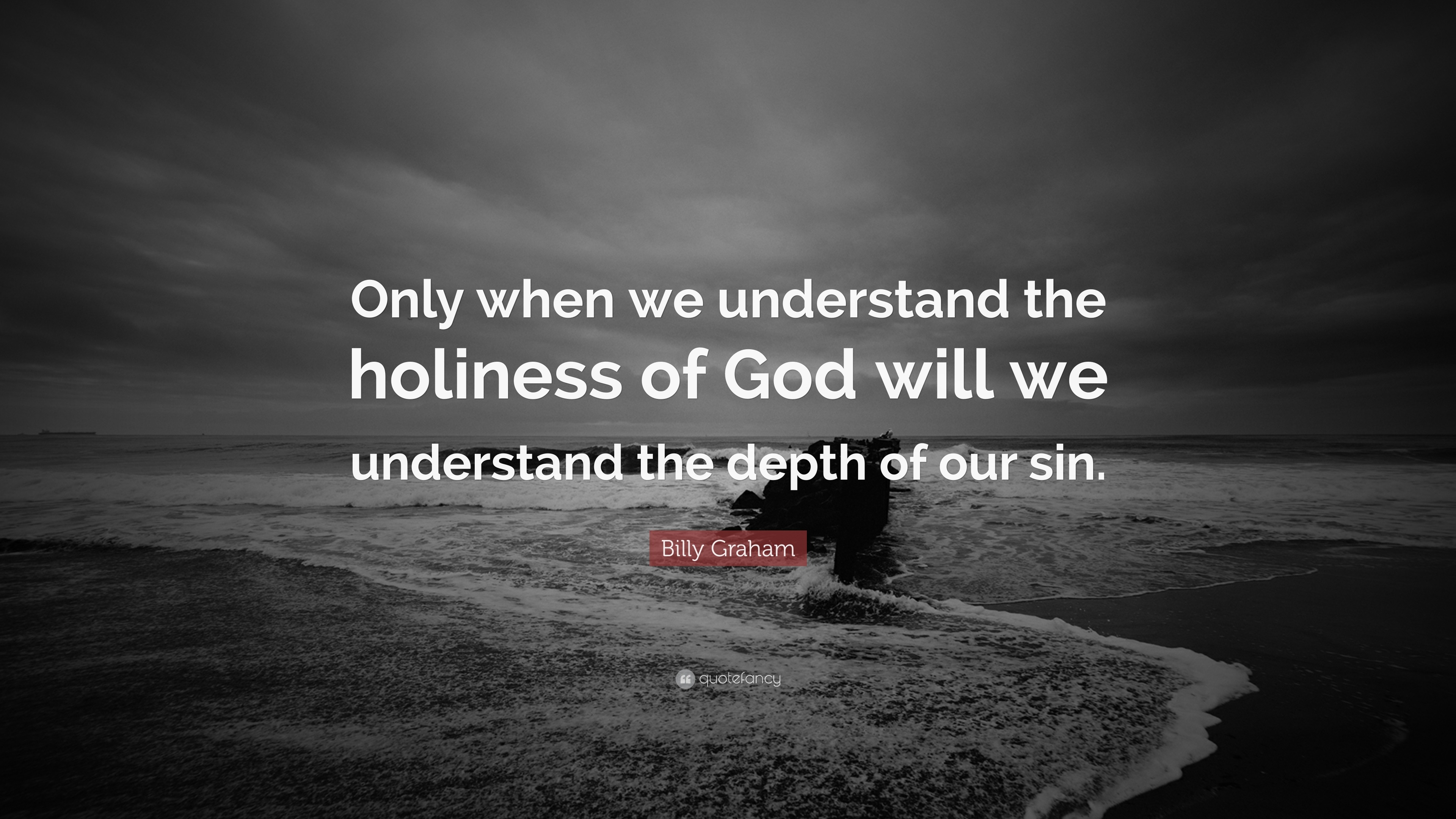 When Peter saw the holy power of Jesus he said, “Depart from me, for I am a sinful man, O Lord!” (Luke 5:8). When the disciples on another occasion saw the holy Jesus shining forth at the transfiguration, they were greatly afraid (Matthew 17:6). When we meet the Holy God, we are excited and afraid all at the same time.

Holiness is part of the new man we are in Jesus (Ephesians 4:24), and we are invited to be partakers – sharers of Jesus’ holiness (Hebrews 12:10).

We don’t know why they picked this village. All we know is the men of Kirjath Jearim received the ark and it stayed there for many years until King David brought it to the city of Jerusalem (2 Samuel 6).