David prays/sings to God, saying how God knows everything about him and where he’ll go and what he’ll say. God is everywhere, guiding him. God made David in the womb and knew what he’d do on earth. David prays for God to slay his enemies who speak evil of God’s name. He hates them for it. He prays to be tested for evil and to be lead in everything.

4) David hates those who hate God. He cannot stand those who speak evil of God. He calls those who hate God his enemies. He requests for God to be in control of his destiny and all that he does. Most people today do not actively oppose God; they just dislike him. We are to love on those who don’t like God but not tolerate perpetual sin around us. We don’t have to be with unrepentant sinners; we can just pray for them. The balance comes in condoning or not condoning sin.

5) Personal Question. My answer: This Psalm reminds me how God does have my life planned out, and I merely have to be close to Him to follow it. It reminds me He knows everything and cares about knowing everything in my life. If I pray for God to lead me, He will. His will will be done in my life if I allow Him to do it.

Reading the Psalms gives us an insight into David’s mind during this trying time in his life. We see his highs, his lows, and all his questions, doubts, and waverings as to what God is doing in his life. This gives us hope when we do the same thing. The power of prayer cannot be stated enough.

This magnificent Psalm is titled, For the Chief Musician. A Psalm of David. It does not surprise us that such a significant Psalm came from David’s pen, who was “the sweet psalmist of Israel” (2 Samuel 23:1). The Chief Musician is thought by some to be the LORD God Himself, and others suppose him to be a leader of choirs or musicians in David’s time, such as Heman the Singer or Asaph (1 Chronicles 6:33, 16:17, and 25:6).

David prayed to Yahweh, understanding that He had personal knowledge of him. Pagans often thought that their gods were hostile or indifferent to men and women; David knew the true God cared to search and know all of us.

What does God know about me? As Jesus would later say, God knows the number of hairs on our head (Matthew 10:30).

The normal sense of a hedge in the Bible is of a protective barrier. God hedged David on every side, so that nothing could come to David unless it first passed through God’s permission. What was true for David is true for all who trust in the LORD.

The Psalmist speaks of God as a Person everywhere present in creation, yet distinct from creation. God is everywhere, but he is not everything.

God is present in Hell

David did not describe what we normally think of as hell – Gehenna (Matthew 10:28, 18:9), the lake of fire (Revelation 20:14-15). The Hebrew word here is sheol, which has the sense of the grave or by implication the afterlife.

Even in hell, God will be present because there is no place where God cannot be. Yet God’s presence in hell will radiate none of His love and grace; only His righteous judgment.

“Wings of the dawn” may well refer to the spread and speed of light as it fills the morning sky from the east to the west. Light itself can not outrun God’s presence and knowledge.

Death and the grave cannot separate David from God’s love – as Paul would later write in Romans 8:38-39. In fact, God’s right hand – His hand of skill and strength – would hold David no matter what would come.

God’s constant presence with David was like a constant light in the darkness. As the pillar of cloud illuminated Israel in the wilderness (Exodus 13:21), so with God’s presence the night shines as the day. 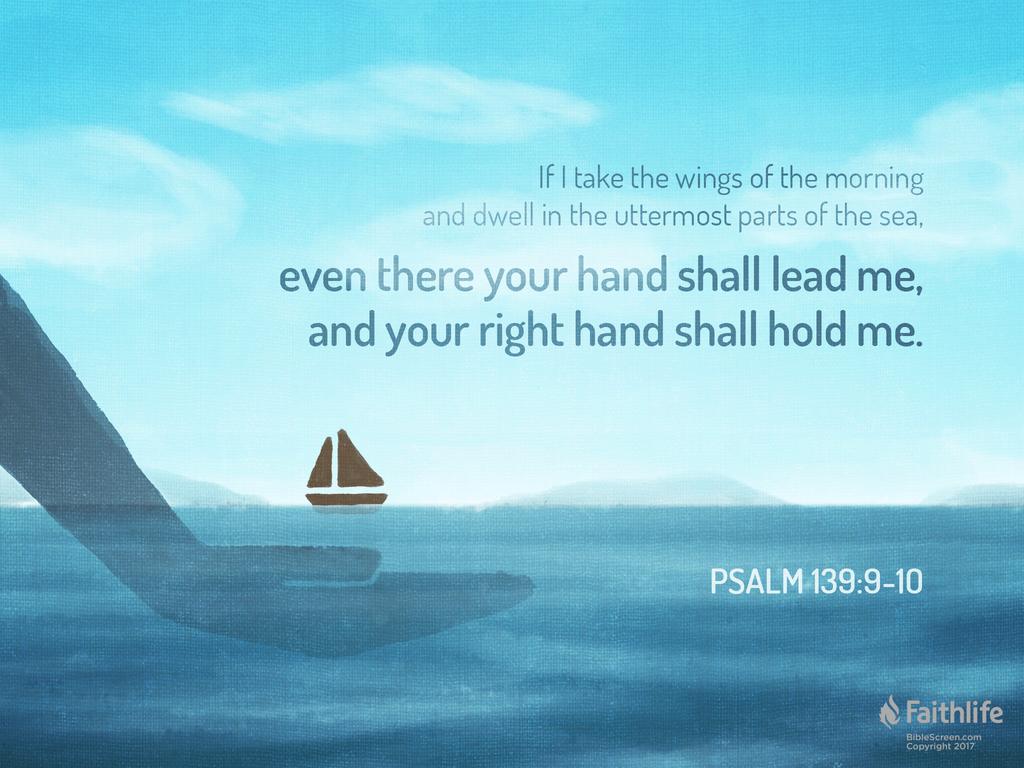 Skillfully wrought: “Hebrew embroidered; exquisitely composed of bones, and muscles, and sinews, and veins, and arteries, and other parts, all framed with such wonderful skill, that even heathens, upon the contemplation of all the parts of man’s body, and how excellently they were framed, both for beauty and use, have broken forth into pangs of admiration and adoration of the Creator of man, as Galen particularly did.” (Poole)

If God made us, why did He make birth defects?

The  “The root meaning of the word rendered ‘precious’ is weighty. The singer would weigh God’s thoughts towards him, and finds that they weigh down his scales.” (Maclaren)work of God in fashioning the body of the individual has made some wonder about the presence of birth defects, and what that may mean regarding God’s work. We should regard such birth defects as injuries to God’s original design, and even as a person may be injured out of the womb, so they can be injured while still in the womb and in the process of formation. Such injuries are the result of the fall and the corruption it introduced into the world, yet still the eye of faith can see the hand of God at work in what defects or injuries He would allow in His providence.

“That God should think upon us is the believer’s treasure and pleasure.” (Spurgeon)

Discovering our own sin

David ended this majestic psalm by declaring his destination – the way everlasting. Trusting the God of complete knowledge and constant presence would bring David to everlasting life.

“The final words could be translated ‘the ancient way’ as in Jeremiah 6:16; but the majority of translators would appear to be right in rendering them the way everlasting, in contrast to the way of the wicked, which will perish.” (Kidner)