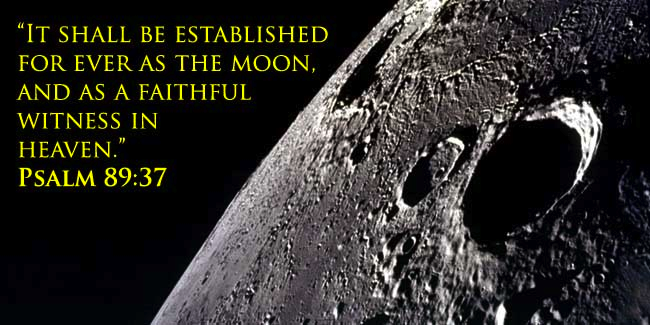 David prays for God to do as He promises for His name and bless his house forever.

This sums up what God has done: chosen and anointed David as king over God’s people, protected David and struck down his enemies, God will be with him and establish his line forever, God will punish David’s sons but not remove His love nor faithfulness, God will not break His covenant with David, and David’s line will endure forever.

12) The definition of covenant is: “usually a formal, solemn, and binding agreement; compact. A written agreement or promise usually under seal between two or more parties especially for the performance of an action.”  God’s covenant with David is unconditional. God promises to never take away His love despite any sin that may occur. He doesn’t ask David to do anything in return. He merely picked David and promised Him

13) Part personal Question. My answer: David is praying based off God’s promise to Him. God encourages prayer through both our valleys and our mountains. We thank Him for good in our life and ask for help when we need it.

14) God will not take away His love nor His covenant from David if David sins. There is no repercussions or warnings to God’s covenant promise to David. God promises out of His love for David.

15) Part personal Question. My answer: God keeps His promises, never betrays His faithfulness, does not lie, and His love will be with David forever. He mentions how David calls him “His Father, God, Rock my Savior.” Knowing God does not take away His love despite my sins is a great comfort to me.

Knowing God’s love is unconditional and no matter what stupid things we do and sins we commit, He forgives us and still loves us is huge in my faith and very encouraging. Praying with David’s heart is a prayer of mine as well.

David prayed from the heart.

Spurgeon thought the holy one in this context was Nathan the Prophet, not David. “The holy one here may be either David or Nathan the prophet, but most probably the latter, for it was to him that the word of the Lord came by night (2 Samuel 7:4-5).” (Spurgeon)

One chosen from the people describes Jesus:

What are the blessings God placed upon David?

In this section of the Psalm, God described the many blessings He placed upon David, the man after His heart (1 Samuel 13:14):

“David was never overthrown; he finally conquered every foe that rose up against him. Saul’s persecution, Absalom’s revolt, Sheba’s conspiracy, and the struggle made by the partisans of the house of Saul after his death only tended to call forth David’s skill, courage, and prowess, and to seat him more firmly on his throne.” (Clarke) 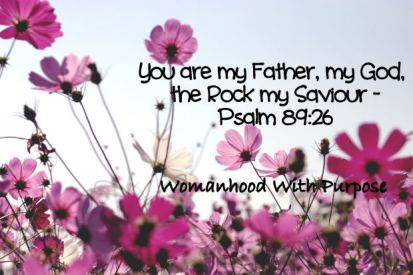 “First-born is not always to be understood literally in Scripture. It often signifies simply a well-beloved, or best-beloved son; one preferred to all the rest, and distinguished by some eminent prerogative. Thus God calls Israel his son, his first-born, Exodus 4:22.” (Clarke)

With Jesus the covenant is ratified both by blood of sacrifice and by oath of God (Spurgeon).

All of those in David’s royal line had some part of this Davidic covenant. Some of these were disobedient kings, and God had to bring considerable correction to both the kings and the kingdom.

Summary of passage:  Numbers 9:  We are again in the second year after the Exodus from Egypt.  God instructs Moses in the celebration of the Passover.  A few who were ceremonially unclean on account of a dead body asked Moses if they could still celebrate the Passover.  Moses asked God who said yes, they could.  God then said though is someone chooses not to celebrate the Passover than that person will be cut off from his people and bear the consequences of sin.  Aliens could celebrate as well according to the rules.

Numbers 10:  God had Moses make 2 silver trumpets used as communication tools with the Israelites.  When one sounded, the leaders assembled before Moses.  When both sounded, the whole community assembled before Moses.  A blast on the trumpet would be a signal for setting out.  The signals are to be different. The priests alone are to blow the trumpets.  It is to blow during battle as well so the Lord will remember His people and be rescued.  Finally, at festivals the trumpet is to be sounded over the offerings as a memorial to God.

Finally, the Israelites leave Mount Sinai in the second year in the second month, day 20.  The camp of Judah went first followed by the tabernacle.  Reuben went next followed by the holy things.  Then Ephraim.  Then Dan at the end.  Moses asked his father-in-law to accompany them and he said no.  Moses said he knows the desert so they needed him and he promised to give him food if he came.  The ark of the covenant went before them as they marched.

b)  First, because it had been two years.  Second, the purpose of the Passover was to remember their slavery and exodus from Egypt so many wanted to celebrate God’s goodness and give Him thanks.  Third, because it was ordered by God as a command and as God later says in Numbers 9:13, it is a sin NOT to celebrate it, resulting in dire consequences of being cut off from their people.  Celebrating the Passover was an act of obedience by God’s people.  To not do so was a sin.

c)  Personal Question.  My answer:  Usually not all that eager.  To remember His blessings, His goodness, His sacrifices, His grace, His mercy, and His centrality in my life.

c)  Part Personal Question.  My answer:  Here, we see the Israelites with clear signs of God’s will and guidance:  a cloud they can see and a trumpet they can hear.  God guides us as well just with not quite so easily seen and heard methods.  I feel prayer and His word are the best way to hear God speak and see Him and His character.  Then I see Him guiding me in my life as I read His words and speak to Him.  I feel I hear Him speak as well through others who offer godly advice.  He is everywhere if we would only pay attention.

Conclusions:  12a was the same question as number 11a in Lesson 13 Day 5 where we were even told to read Numbers 9:15-23.  After doing this lesson, not sure why we studied the cloud the same way in Exodus 40 when the cloud was only briefly mentioned in relation to why Moses couldn’t enter the tabernacle.  Seems redundant here to study the same passage twice.

Overall, this was my favorite day of Lesson 18.  All the questions were good and meaningful.  I liked the trumpets.  That was cool.  Gets me ready for Revelation next year.  I liked the eagerness of the Israelites to celebrate the Passover and God’s openness to exceptions.  The lesson of obedience stuck out to me again.

End Notes:  Numbers 9:  Today we remember what Jesus did for us on the cross–sparing us judgment and forgiving us our sins once and for all–when we take communion, which is very similar to the Israelites’ remembrance of Passover every year.

Even the foreigner could partake and must partake of the Passover.  This shows God’s infinite love and how even the Gentiles are included as God’s people.

Some scholars say it is better not to have the visual of the cloud for what would happen if the cloud left?  People would be devastated.  I don’t believe this.  I think more people would believe and more would desire God even more if He left like the Israelites, begging God to stay with them (Exodus 33) and not forsake them when they sinned at the golden calf.

Numbers 10:  God’s people have been prepared:  given the laws, taught the ceremonies, cleansed, and organized for the Promised Land.  Still, the journey would not be easy, but preparation is key to have any hope of completing their journey.

Great example by Moses asking for help.  God provides others for us to help us on our journey as well.

This is one of the most famous of the prayers in the Bible and still applies to us today.  Amazingly, for all of the rebelliousness of the Israelites, they did follow the cloud faithfully.  So must we.  We go when God says go and stay when God says stay and we pray for our enemies to be scattered where we are and for God to be with us wherever we are.