I know you are probably like me and beginning to get an itch for Bible study again!

Many of you are still facing COVID restrictions. Thus, BSF is preparing diligently to open up new online class groups for you all to attend.

As far as I know, you can begin to sign up for these groups in August.

Visit here: http://www.bsfonline.org and sign up for email notifications for when this will be open for registration.

I’m SUPER excited about these online groups as it has been something I’ve been pushing since I started this blog many years ago. Bible study any time, any where. It doesn’t get much better! Who’s ready? 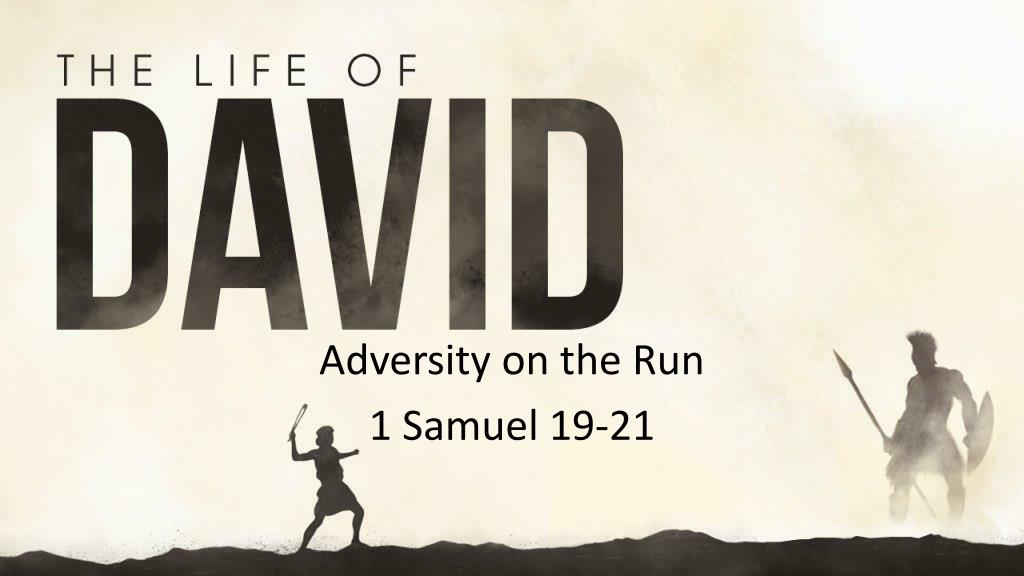 David leaves Samuel at Naioth and goes to Ramah to see Jonathan. David asks Jonathan why his father is trying to kill him. Jonathan didn’t know his father was trying to kill David again and offers his help. David devises a test to see if Saul still wants to kill him or not: Jonathan is to go to a dinner David is supposed to show up to during the New Moon festival. If Saul loses his temper when he finds out David has fled, then it is not safe to return. If Saul is indifferent, then it is safe to return.

David makes Jonathan re-swear his oath because he is afraid Jonathan will lead him into a trap and tell him the wrong thing. Jonathan will go to David’s hiding place and shoot 3 arrows. He will tell his boy to say different things, one meaning it is safe, one meaning David must flee.

When David doesn’t appear at the festival, Saul gets angry and accuses Jonathan of siding with David over him. Saul was so angry he hurled his spear at Jonathan to try and kill him as well. Jonathan then went to where David was hiding and gave the signal for him to flee. They wept and kissed and David fled, while Jonathan returned to the town.

10) Jonathan has a great heart who believes the best in people. He puts his own life at risk to save his best friend, David. He doesn’t believe his father is capable of hurting David, even though he’s seen his father throw a spear at David. He thinks he can convince his father he’s wrong. Jonathan trusts in the Lord as shown when he single-handedly took on the Philistines. I like how he does believe the best in people, even when it’s obvious they are evil inside.

11) Jonathan knows right from wrong. He knows David is innocent and had done nothing to deserve death, yet Saul is bent on it. It angers Jonathan (1 Samuel 20:34), and he’s ashamed of how his father is acting. His own father even hurled his spear at him to try to kill him (1 Samuel 20:33). Jonathan seems to understand that David is the chosen king. He sees this in all the blessings God has heaped upon him in his victories against the Philistines and protections from Saul. He also understands David is doing God’s will; whereas, his own father is not.

We see God at work in friendships as well and what a true friendship looks like. This is important in this day and age when people have thousands of “friends” on social media — relationships that aren’t real. Sacrificial love these days are rare and pretty much exclusive to immediate family members. This is definitely inspiring!

Here, we see a heart-to-heart with best friends. We just saw the Spirit of God protect David in Naioth. David could have simply stayed there for however long it took Saul to give up or die. However, David needed to know if there was still a chance to reconcile with Saul.

David needed to know where Jonathan stood. Jonathan reassured David of his love, telling him he had no idea of the attempted arrest. He warned him of Saul’s intentions.

David is discouraged, but Jonathan reassures him — the hallmark of a true friendship.

David comes up with a test to see where Saul’s heart lies. At a feast, David asks Jonathan to observe his father’s reaction, which will tell where Saul’s heart is. Since Jonathan is next in line for the throne and Saul’s son, David is unsure. Jonathan, however, is not.

Jonathan would use arrows as a sign of Saul’s heart.

The test is put into play

Speaking of David derisively as ‘the son of Jesse,’ accentuated his lowly birth and place in the royal family.

Jonathan covered for David, trying to give Saul a plausible (and truthful) explanation for David’s absence.

Saul’s response said it all as Saul would ignore his previous oath not to kill David  (1 Samuel 19:6)

Jonathan knew what was right before the Lord — and this wasn’t right.

The weeping is because both men knew they might never see each other again. In fact, Jonathan only sees David once more shortly before he is killed. A sad part of life sometimes how we don’t see loved ones again.

Why does God put David on such a path in life?

Redpath: “A throne is God’s purpose for you; a cross is God’s path for you; faith is God’s plan for you.”

Summary of passage:  All those who sinned will weep and mourn over Babylon as it is judged and see its smoke from the fire.  They weep not out of repentance but because their livelihood is up in smoke.  They will be terrified.  But the saints will rejoice for her downfall because of how Babylon treated them.

Side Note:  This lament is modeled off of Ezekiel’s lament over Tyre in Ezekiel 27.  15 of the 29 luxuries are also mentioned in Ezekiel 27.

b)  We just had similar questions.  True treasure is found and stored up in heaven.  If your treasure is in heaven, you are doing God’s work, not yours.  You care for others, not yourself.  Your heart is either God’s or it’s not.  What treasure you work for is a strong indication of who has possession of your heart.

9)  Because God has fulfilled His promise to judge those who hurt His people.  It is a righteous resolution we (believers) rejoice in–not the actual suffering itself.

Question 10 is a filler.  We all hope all evil to end.  Period.  And it will only happen upon Jesus’ return.  That is “His timing”.

For an in-depth analysis, study the fall of Tyre and you will see the fall of the future Babylon.  God is amazing in giving us exactly what we need to know.  Much, much to explore in a greater historical context for those interested!

End Notes:  In Chapter 17 we see the ruin of Babylon but many do not realize its repercussions until now when Babylon burns.  The items listed in verses 12 & 13 are just a sample of the luxuries of the day.  They are all standing at a distance because the fire is so intense.

Throwing dust on your head was an act of sorrow and dismay also from Ezekiel 27:30.

Some commentators say it is this fire, which is all-encompassing and on a giant scale, which will alert the Antichrist to Christ’s coming and be the impetus to him gathering his armies in Revelation 19.

Historical Note on Tyre:  A rich merchant city on the coast of modern-day Lebanon, Tyre controlled trade for the Mediterranean in ancient times.  It produced the purple dye only royalty wore in Rome.  However, their pride and wealth took over their hearts and they considered themselves virtual gods (Ezekiel 28:2,6).  They rejoiced in Jerusalem’s downfall, seeing an opportunity to increase its trade even more (Ezekiel 26:2).  So God sentences them.  Nebuchadnezzar began its punishment but Alexander the Great finished off the city.  Tyre became a bare rock, nothing.  Prophecy is in Ezekiel 26 & 28.  Lament is Ezekiel 27.

Another fun fact:  According to legend, Carthage, Rome’s nemesis throughout much of its history (think Hannibal and his elephants) until its final defeat by Scipio in 146 BC was founded by Queen Dido who fled Tyre after the murder of her husband.

Tyre exists today but is nowhere near the import it once held.